AIR POLLUTION IN LEBANON WHERE DO WE STAND? 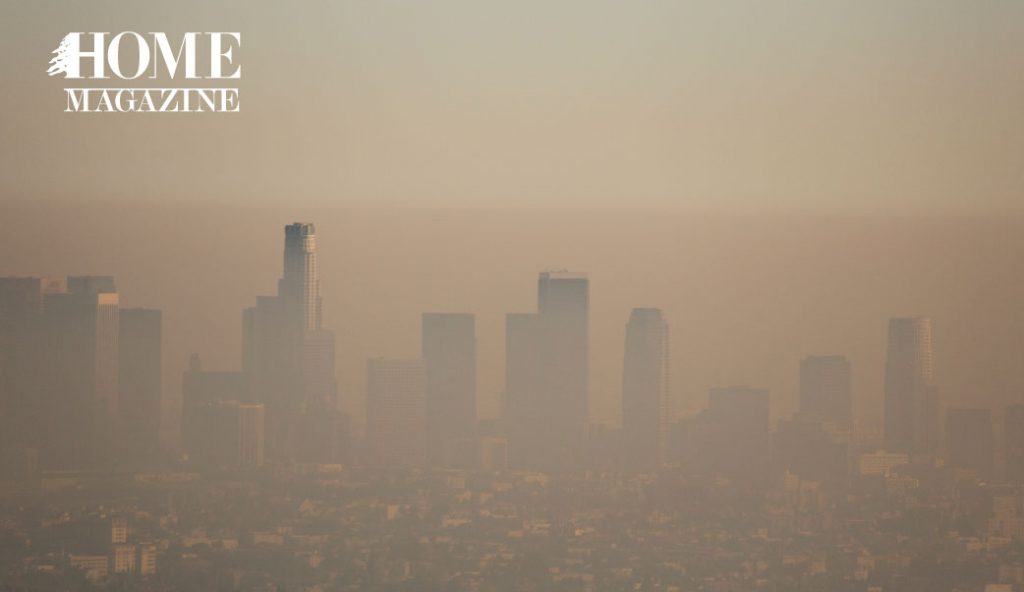 In the last decades, humans have transited to an interconnected world known for its metropolitan lifestyle that relies heavily on production, consumption, transportation, and energy demand. Ever since, anthropic activities exposed humans to all sorts of pollutants and it is just recently that the world began to realize the scale of this problem.

The twentieth century marked the development of the first guidelines on air pollution. The United States and the United Kingdom were among the first to take vital decisions to save their cities from suffocating smog and poor air quality. Since then, every country has developed its own environmental standards while the World Health Organization has been working on providing international guidelines for 30 years already. These guidelines – based on extensive scientific evidence relating air pollution concentration to health consequences – are intended to inform policy-makers and to provide appropriate targets for decision makers in low, middle and high income countries.

The continuous and long-term exposure to poor air quality affects the cardiovascular, respiratory and the nervous systems; young, old and sick people being the most susceptible. In released estimates, the World Health Organization (WHO) says that nearly 3.7 million people died of outdoor air pollution in 2012.

The guidelines are applicable for particulate matter, ozone (O3), nitrogen dioxide (NO2), and sulfur dioxide (SO2). Between 2002 and 2012, efforts in Paris were able to generally improve by 30 % the outdoor air quality. This was achieved by reducing the traffic and modernizing the fleet. According to Airparif, the organization that monitors the air quality in France, the downward pollution trend has slowed down starting 2007, blaming dieselization on this.

Lebanon’s location on the enclosed East side of the Mediterranean basin leaves it exposed to winds coming from East and Central Europe. Combined with high insulation and local emissions, these conditions can lead to poor air quality. Lebanon can do little about regional dust and air pollution masses coming from other parts of the region but the country can act on local emissions.

That is why the Lebanese Ministry of Environment (MOE) set National Ambient Air Quality Standards (NAAQS) in 1996. Similar to the WHO standards in terms of NO2, CO and O3 guidelines, the NAAQS are more indulgent towards SO2 and suspended particles (Ministry of Environment, 1996). Since 2001, Lebanon’s capabilities in air quality monitoring have improved considerably.

The ministry, along with several institutions and researchers, is working on identifying the problematic air pollutants in the country. With the support of the UNEP and UNDP, the MOE launched real time air quality monitoring in different sites to crack down on air pollutants.

In 2010, the transport sector was found to be the major contributor for CO, NOx, and Volatile Organic Compounds while the industry was identified as the main culprit for Lebanon’s particulate matter emissions. Briefly: CO, SO2 and O3 levels were not found to surpass the recommended levels in the capital while NO2 and PM concentrations exceeded WHO guidelines where high traffic prevailed.

The bad news is, following the influx of Syrian refugees to Lebanon, air pollution has most certainly increased by 20% in many densely inhabited cities. The last 2014 UNDP/EU/ MoE report titled “Lebanon Environmental Assessment of the Syrian Conflict & Priority Interventions” proposes a myriad of mitigation measures to be adopted such as the implementation of public transportation, immediate banning of waste open burning techniques, switching power plants to natural gas and relocation of the private generators installed inside neighborhoods.

Contrary to popular public opinion, there is a growing community of Lebanese scientists conducting research to improve our daily quality of life. Universities and researchers have been investing hard in this environmental subject. Experts envision a day where we will be able to monitor and forecast local air quality in order to protect the citizens and reduce our exposure to air pollution. It is true that in terms of air quality in Lebanon the road has been bumpy, but one thing is for sure: the civil society is, day by day, becoming more aware of this problem and is willing to act on this.