1 POSTS 0 COMMENTS
Malak El Halabi is a Lebanese published poet and a consumer behavior expert, currently pursuing her PhD in Consumer Behavior in France. Born in Beirut, Lebanon, on October 1, 1992, Malak El Halabi began writing poems at a very early age. Poetry was her ally before she was able to complete her own sentences. She published her first poetry book “الهي الحب وعقيدتي أنتَ”, “My God is Love and my Religion is You” at the age of 17. The book ranked second in the sales of the Beirut Arab Book fair. In 2011, her second poetry book “Samir”, dedicated to the memory of her father, was published, dealing with the themes of death and grief. After 2011, Malak switched from writing in Arabic to writing in English. Her poems are featured in Dubai Poetics, Thought Catalog, and several online platforms. Her poem “23” won the third prize in the IE Humanities Award 2016 for which the award ceremony took place during the Hay Festival of Segovia, Spain. Her poem “Insomnia” won the second prize as well in the 2018 Humanities Award. Malak swims in the Bermuda triangle of Love, Lust, and Loss and when she manages to grasp for air, she writes about it. 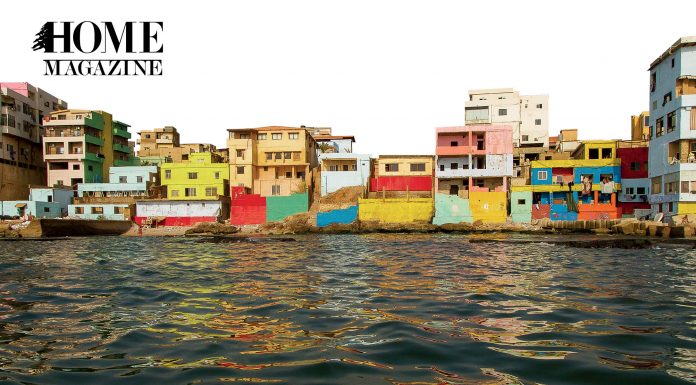 Ayad Nasser Paints the Town! From Ouzai to Ouzville

Giving Back & Inspiration Malak El Halabi
Photos by: Ruth Moucharafieh Flying into Beirut recently, I was surprised to discover Ouzai had turned into a hip display of colors. Just south of Beirut, Ouzai is the first glimpse Lebanon visitors see as their planes circle to land...
Read more