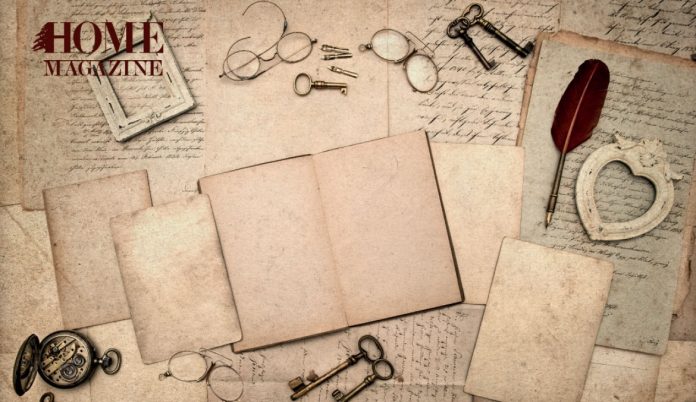 A research historian and a modernist in the methodical field. Dr Souad Slim was the first person to introduce the serial and quantitative history method to the history of Lebanon.

The serial and quantitative history method relies on numbers and on transforming historical data into statistics, and has become adopted by many. Dr Slim relies on oral history and primarily aims for a more objective view of history so that it will not remain only framed by persons, wars and events, but will also include the history of the people, the economics and the mentalities – in brief, the history of everyone.

Slim gained her bachelor’s degree in History from Ecole des Lettres, and pursued her studies in France where she also attained her DEA and first PhD. Later she studied for a second PhD from the Center of Islamic and Christian studies at Birmingham University in the UK. According to Slim, everybody encouraged her to study history especially because of her good memory, but later on she discovered that memory doesn’t play a key role in history and she says: “We don’t memorize history, history memorizes us.”

Slim was enrolled at Saint Joseph University from 1981 until 1996 and she began to do research at the Center of Orthodox Studies in 1987 when Dr Tarek Mitri was in charge of the center. That was before she moved in 1988 to the University of Balamand which was founded by the late Patriarch Ignatius the 4th. A new campus was opened by Georges Nahhas inside the School of Balamand near the monastery, where only 36 students were enrolled. Over the years, Slim worked on applying the serial and quantitative history method to Lebanese documents. She has specialized in examining endowments documents, and now she’s studying these documents in addition to the economic and social life in Lebanon and the Middle East during the Ottoman period. She is also interested in the manuscripts and archives which reflect the cultural history and the cultural movements that carved the Lebanese regions in many phases. In her opinion, religious manuscripts represent the main source for education, because the citizens used to learn how to read and write from the Bible and the Book of Psalms. The Lebanese culture, as well as the culture in many different regions of the world, is based largely on religion, according to Slim.

On the other hand, Slim explains how history was connected directly to politics, where history used to serve all the political fields, and history was written according to the rulers and emirs, ignoring all other social aspects. Slim explains how relying on memoranda and on the land’s account books is not enough to write a new history. “We discovered new truths by working on the manuscripts and by shedding light on dark stages of history,” she adds.

Slim stresses that many people nowadays are still writing history in a traditional way, relying on documents written by historians supporting the governors. These historians focus significantly on wars, battles, events and important personalities. Since these events occurred over a long period of evolution, as a result of the development of important social and economic situations, history subsequently became related to different human sciences. Working on studying the economic and social history of Lebanon maybe can stop each party from writing history according to them, especially bearing in mind that economic and social history combines all the Lebanese.

Slim is currently doing a study of Lebanese women who taught in Iraq between 1920 and 1940, by doing interviews and analyzing the data, especially as these women left a big impact on education in Lebanon and Iraq but they were never mentioned. These women include Roz Ghorayeb, Anissa Najjar, and Sophie Moubarak. In addition, Slim is the supervisor of the Solidarité et Convivialité au Liban durant la Guerre Civile (Solidarity and Conviviality in Lebanon during the Civil War) project. This project shows that even during the war and violent times, many citizens helped each other, based on beautiful stories that Slim heard from individuals who were very active on an individual level or through non-governmental organizations and played a key role in peacemaking during the war. They helped people in need on many levels, opened their houses to others during the war, and received Lebanese from regions affected by the war.

Slim is also the author of three books and 40 scientific articles. The first book is her PhD thesis, which explains the relationship between the monasteries and the sharecroppers and studies the importance of taxes in economic and political life in Mount Lebanon. Her second book is about the Balamand Monastery, its history and heritage. Slim worked extensively on the monastery manuscripts, which were stolen during the war and recovered afterwards. She also supervised the indexing and counting of the manuscripts to make sure that none will be lost in the future. Her third book, The Orthodox Waqf religious foundations under the Ottoman Reign, tackles the Islamic Waqf laws towards the Christian endowments.

Regarding the students, Slim says that some of them will get their MA in History at the Balamand University and pursue their PhDs in other countries. Furthermore, in collaboration with the Faculty of Theology at the University of Balamand, the Holy Spirit University in Kaslik, the Lebanese University, the Saint Joseph University and the Institut Francais du Proche Orient established L’Ecole Doctorale, where intensive courses will be held with the participation of students and professors in reading Arabic texts and manuscripts. The students participate in many types of research; for example, a research led by Dr Elie Dannawi into translating the Bible into Arabic based on the Liturgical Bible, and another study about the Syriac Orthodox Church. Slim is also studying the Russian schools that were in the region in the nineteenth century. Slim talks about the cooperation between students from different universities, hoping that this will be accompanied by cooperation from the Lebanese government.

Finally, Dr Slim hopes for an improved situation in Lebanon and that the emigration of youth from the country will stop, stressing on the fact that professional life should not interfere with family life. She wishes to send her respects to her husband and three children, Saad, Salam and Samah, for their encouragement and for always being by her side.