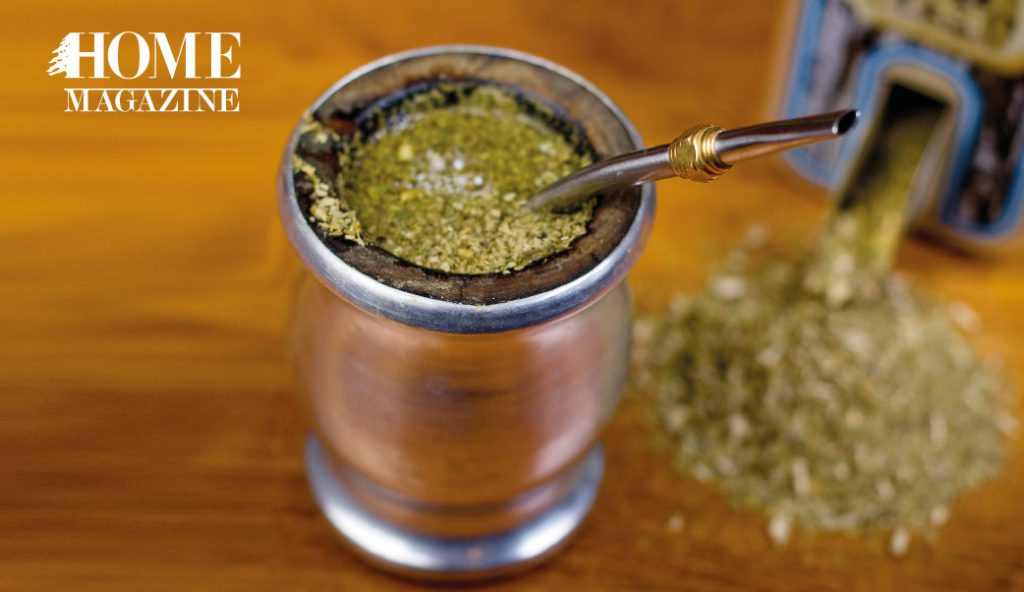 Eduardo Fleitas Amir is an outstanding Uruguayan tenor singer, descended from Lebanese immigrants, from the region of Tripoli. The tenor is coming to Lebanon to participate in the 16th Music Festival of Beirut, after being invited by the Ambassador for Uruguay, Marta Ines Pizzanelli.

When did your ancestors first move to Uruguay and did any of them make the return journey, or are you the first?

The first member of my family to arrive in Uruguay was my great-grandfather Abdul Karim Amir Al Ayoubi, who travelled with my grandfather Mlaheb Amir Al Ayoubi in 1910. Later on my uncle Abdul Fattah Amir Al Ayoubi arrived, he was the only one of my uncles who was born in Lebanon. On the other hand, my grandfather and my uncle never returned to Lebanon. My aunt Zainab also returned in 1969. Since she was studying in Paris with Jean Piaget she was able to visit Lebanon and get to know the family. We lost contact during the civil war but I found her again in 1994 when I traveled to Lebanon for the first time. This is my first time in Lebanon officially representing my country, the Eastern Republic of Uruguay, as an invited artist to the 16th Music Festival of Beirut.

What’s been your impression of Lebanon?

The first time was an indescribable emotion. After I got to know my family this emotion has transformed into love and awe for the legacy of my grandfather. The customs we share are what brings us together the most. When I discovered that the Lebanese drink ´mate´ (South-American infusion) it was a complete surprise, but of course when you think about it, it’s quite simple; the immigrants who went back brought the customs of their adoptive HOMElands. Of course in such moments I have tightened the ties with my family who mainly live in the city of Dedde in the Koura province. My wife also has Lebanese heritage and her close family lives in Batroumine, which is also in the province of Koura.

How is the Lebanese culture promoted between the offspring of immigrants in Uruguay?

At this moment there´s a Lebanese Embassy in Uruguay which is very active. The business executive Alejandro Bitar is extremely active and enterprising with the local Lebanese community and has achieved amazing things. Last June there was a meeting for Lebanese immigrants in Uruguay at City Hall in Montevideo and it was a huge success.

Is there an association that arranges activities and meetings and helps in renewing the ties of union between Lebanese generations of both countries?

I have always participated in activities that showed off the Lebanese culture in Uruguay. When I was 14 years old I danced in a Lebanese folkloric dance group which was then called Al Arz. We traveled the country showing traditional Lebanese dances. We did all that with very little official support given the fact that Lebanon was experiencing the horrific civil war, which unfortunately we all remember. We were mainly supported by Lebanese institutions, first by the Lebanese Club and after that the Lebanese Society of Montevideo, in a more sustained way. It was a wonderful time and we had a lot of support from our parents, either through their jobs or financially. This support enabled us to develop our artistic activities. Nowadays there are dedicated institutions like the Maronita Church which has an education institution at primary and secondary level in Uruguay. A few years ago, and boosted by the help of the Lebanese Embassy in Uruguay, I managed to form an ensemble group to create Arabian music, which we named Ensemble Byblos. We saw the urgent need in our community for cultural expression and it was an exciting return to the culture of our ancestors.

“They must always keep the flame of the culture of our ancestors alive.”

When did you start singing?

I have been playing music since I was a child; I started playing the piano when I was five years old. When I started university, I changed to singing because of practical and time issues.

Did your parents have anything to do with it?

My parents always supported my musical activity, they were proud of it.

Do you have any Lebanese music parts in your repertoire?

Yes, with the group Ensemble Byblos we play a wide range of Arabian songs and music, not only Lebanese.

Do you know the level of teaching for music in Lebanon?

I’ve only got to know it on this trip, the work done by the Lebanese Philharmonic Orchestra is first rate, and a source of great pride for Uruguay since they perform Uruguayan music.

What about representatives of the world of Lebanese opera at international level? Could there be a mutual cooperation on professional level?

Do you have Lebanese citizenship?

Unfortunately I don’t, and therefore neither do my children, despite my wife having Lebanese citizenship. My father was Uruguayan, so given the legal conditions in Lebanon I can’t have access to the Lebanese nationality.

Do you feel appreciated as the son of Lebanese nationals in Uruguay?

I feel both appreciated and proud. The Lebanese community in Uruguay is the third largest after the Spanish and Italian. The Lebanese and their descendants inhabited the whole Uruguayan territory. Not only did they establish themselves in the capital Montevideo but across the whole country. My grandfather lived his whole life in Trinidad, 200 km away from the capital Montevideo.

“The Lebanese community in Uruguay is the third largest after the Spanish and Italian.”

Do you think that in some way your life has changed after this trip?

Of course. I see this trip as a personal achievement that marks a milestone in my life. I managed to connect culturally to both my Uruguayan and Lebanese roots. To me it’s the ultimate achievement to represent my country in the country of my ancestors, you can´t ask for more.

How does it feel like to be part of the 16th Music Festival of Beirut with a diverse range of spectators as well as many being from your HOME country Uruguay?

I feel extremely loved and supported. At first I had some doubts about the fact that I would be singing in Arabic in Lebanon, given that I don’t know the language well, but I was helped and supported by my Lebanese family in Uruguay, especially by my wife Noura who taught me practically everything about the meaning of the lyrics, pronunciation and style. She was really the great architect in helping me accomplish this dream of singing in Arabic. Fortunately when I got to Lebanon I noticed that the Lebanese cared a lot about me singing in their native language and didn’t care about me having a foreign accent, it´s really a magnificent experience.

What would you say to the readers of HOME Magazine about the Lebanese culture around the world?

They must always keep the flame of the culture of our ancestors alive. Whether it´s language, music, dance, or cooking (extremely important and representative), so the flame of who we really are never dies, no matter in which country we live in. The Lebanese dispersion is huge but while we keep feeding the flame of its culture, the small country of Lebanon will be a giant in the entire world.