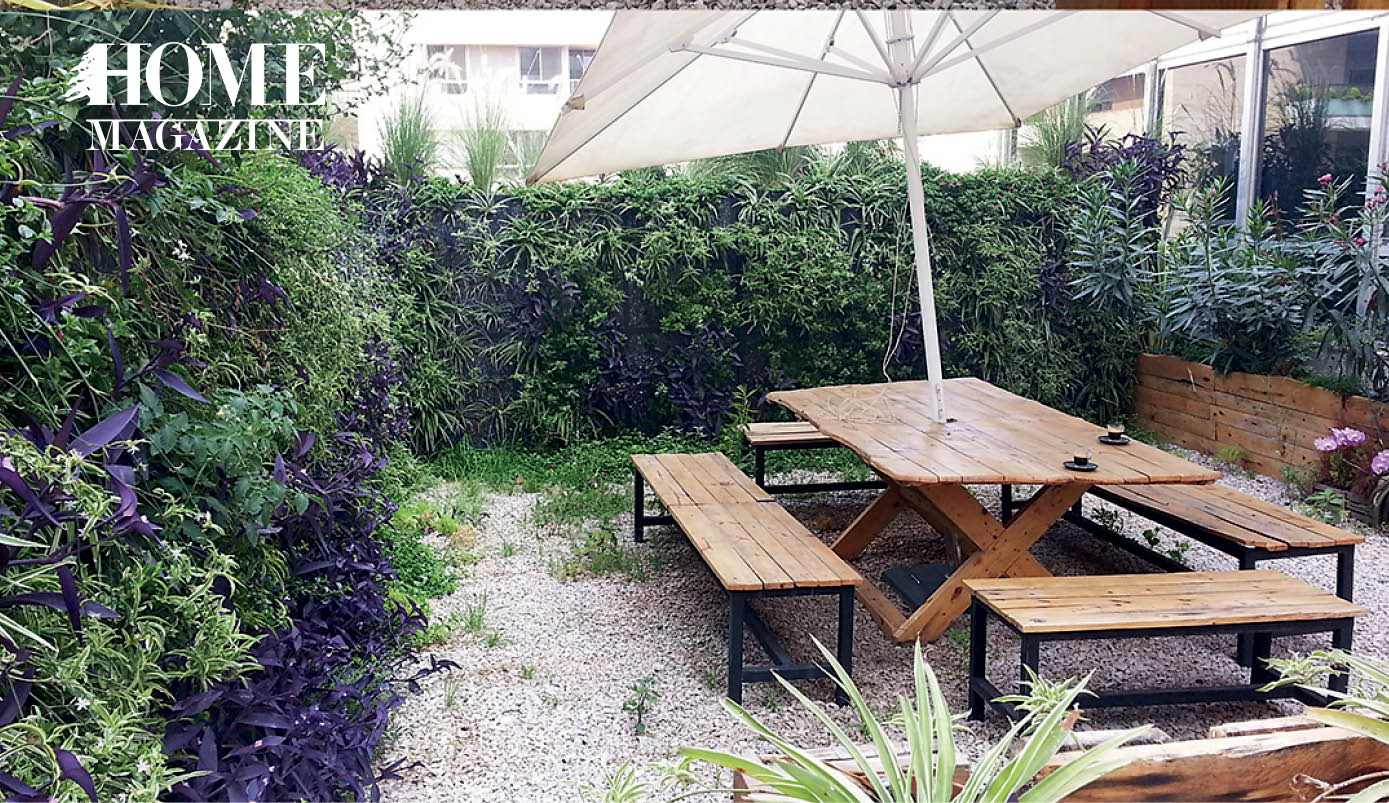 Unlike many people, one Lebanese engineer sees garbage as an opportunity. HOME met with the trash entrepreneur recently to understand what drives him to champion change.

Just off the main thoroughfare in the up-and-coming district of Badaro, Ziad Abi Chaker wrapped up an interview with SKY News Arabia in his office at Cedar Environmental. SKY News wanted a scoop about his upcoming documentary on incinerators, a highly controversial waste-management technique.

Abi Chaker had just been to Copenhagen with a film crew to see how incinerators operate in Europe. Still in the early stages of researching this topic, he didn’t reveal too much about his findings. He has started a crowdfund campaign to finance the short film.

He constantly seeks smart ways to manage waste and to lobby for change in Lebanon, where garbage is still poorly managed. The scope of work at Cedar Environmental — a company he started in 1991 that specializes in waste management — is also very diverse.

The documentary is just one of Abi Chaker’s many side projects. His principal role at Cedar Environmental is producing organically certified fertilizer, a process in which food waste is transformed into high-grade fertilizer.

Abi Chaker admits compost has a bad reputation in Lebanon. “There was 20 years of mishandling in the past, where people produced a horrible quality of compost,” he said. Naturally, farmers were skeptical of Cedar Environmental’s compost at first. To build their trust, “we gave away lots of free samples for them to try.”

His company’s other main service is providing waste management to municipalities, companies and food service establishments. His clients collect their waste and send it to the recycling facility. Cedar Environmental then sorts and prepares the materials for shipping to conversion plants. This is where the waste becomes either compost for farmers or products for his various other recycling initiatives: glassware, fibers (i.e. cushion fillers), furniture or Eco-boards, to name a few.

Eco-Board is Abi Chaker’s invention. Plastic bags and disposable plastics are transformed into solid panels. The panels are waterproof; they don’t swell or rot. They last for 500 years and can replace wooden or steel panelboards, he said.

He showed us a square plastic sample from his desk. The Eco-Board has a waxy, smooth finish and feels sturdy like a block of wood. Abi Chaker transforms them into three marketable applications: vertical green walls, street recycling bins and rooftop urban farming. “Today disposable plastics are landfilled or being incinerated,” he said.

The business model he follows, known as circular economy, is restorative and regenerative by design. Waste is minimized and a continuous, positive development cycle is adopted.

During his engineering studies in the United States, the school of thought was “the waste of one process should be the raw materials for another process,” he said.

Garbage crisis: a blessing in disguise

Abi Chaker sees Lebanon’s infamous garbage crisis two years ago as a blessing in disguise; it raised tremendous awareness. “It showed us that we have been turning a blind eye for the last 20 years,” he said.

He claimed 50 percent of Lebanon’s trash was thrown into landfills with no recuperation and, by Lebanon’s recycling and waste management company Sukleen’s own admission, they only recycled 9 percent of what they collected. If anything, this crisis has been a wake-up call.

“Lebanon’s infamous garbage crisis was a blessing in disguise. It showed us that we have been turning a blind eye for the last 20 years.”

Abi Chaker admitted what he is doing is niche; he has not been involved in governmental waste management projects so far. He expects the reason is that his company is thinking “way out of the box.”

He is working in the private sector, where his many friends and associates are creating a network of socially responsible companies to develop various projects.

One is to create street recycling bins made of Eco-Boards. “The companies sponsor the bins, so they manage the emptying of the bins and taking the contents to the sorting recycling plants,“ he said. In the past two years, they have installed 150 bins in and around Beirut.

He also partnered with a Lebanese wine company, Domaine des Tourelles, to sell the recycled glassware he designs and produces with the last remaining Lebanese traditional glass blowers. The beautiful glassware collection is also sold through other retailers, including online under the name GGRIL (Green Glass Recycling Companies Initiative).

“I am an activist engineer,” Abi Chaker said with a grin. “I like the engineering part because it helps me solve problems.

“I like the activist part because it helps me look at issues that sometimes business people don’t look at because they don’t make them money.”

His dream project would be to manage wastewater in Lebanon. “If I were 19 again and knowing what I know now, I would definitely go into biological wastewater treatment.” Eventually water resources will be up there on par with Lebanon’s petroleum resources, he said.

The country is blessed with its rainfall (compared to the rest of the region) as well as the natural water reserves from snow caps. Unfortunately, mismanagement has resulted in 60-70 percent wastage of our consumable water, he said.

Abi Chaker also has a proposal for tackling Lebanon’s imminent garbage management issue. He recommends 40 recycling companies be made throughout the country. Lebanon accumulates 7,000 tons of garbage in a day.

If each recycling plant is built to process 200 tons a day, roughly 35 recycling factories are needed.

Currently, there are no such factories in Lebanon that do comprehensive sorting and recycling (other than what is done at Cedar Environmental), he said.

“Instead of municipalities sending the garbage to landfills, dumpsites or to some third party, they work with us to build a recycling plant,” he suggested.

“We will not engage in corruption in order to grow. No amount of money is enticing enough.”

Cedar Environmental began working with 12 municipalities to fully recycle, but now it only works properly with four of them, he said. Some recycling plants in the South were damaged in the 2006 war and didn’t get repaired; others didn’t renew their contracts.

“We will not engage in corruption in order to grow,” he said categorically. “No amount of money is enticing enough.

“You will not believe how many jobs we will create if we adopt a sound policy. Look at San Francisco; they will be 0 percent waste city by 2020. And Germany will phase out all incineration to pure recycling by 2050,” said Abi Chaker. Clearly, Lebanon is still light years away in comparison, but who knows?

Despite the many challenges, Abi Chaker continues his waste management crusade. He is a guest lecturer on this topic at most Lebanese universities and continues his work and many projects.

Things are happening and awareness is stronger today than ever before, he said. Maybe, as he aptly quoted Ghandi, “First they ignore you, then they laugh at you, then they fight you, then you win.”