Homeoflebanon
All Sections
Arts & Culture
JYAD MURR: Wherever There Is Passion, Success Will Follow
Arts & Culture Issue No. 06 ISSUES

JYAD MURR: Wherever There Is Passion, Success Will Follow 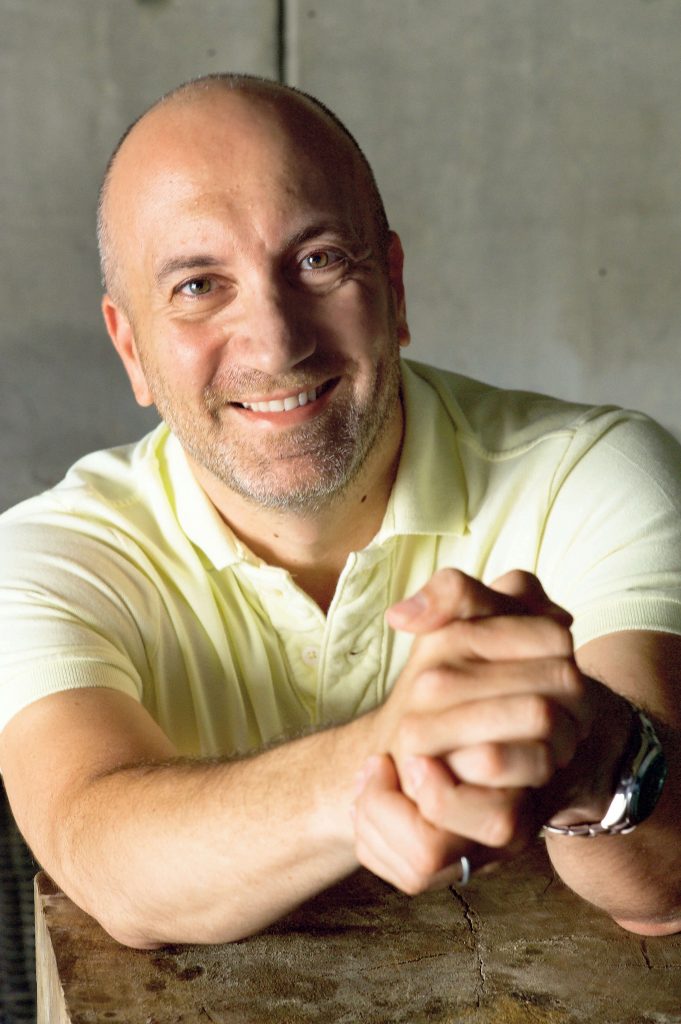 Affected by his family’s interest in music, Jyad Murr became passionate about music, which fueled his career and is still inspiring him to accomplish his goals.

Jyad Gabriel Murr started a radio station in 1979 at the age of 14 and is currently the COO of MTV Lebanon, and CEO of Music or Media Holding: NRJ, Nostalgie, Aghani Aghani, Jabal Lebnan, 2U2C, Arabooking, Audiovision, Audiosuite, and Instruments Garage. He was the Founder and CEO of Virgin Megastores Lebanon. He graduated from AUB with a degree in Business Administration. He also holds a Master’s degree in Music Production and Technology and another one in Music Business from Berklee College of Music.

My passion for music brought me to where I am right now. I grew a whole career around it, and have founded a leading group of companies in the music industry under “Music or Media Holding,” for which I am the acting CEO.

It all dates back to a very young age, when I was very much influenced by my family’s musical talents and interest in music. I grew up listening to my father’s large collection of LPs and his piano and accordion playing… which encouraged the growth of my musical knowledge. I am also an avid collector of musical instruments, and this paved the way to my opening of a musical instruments store, Instruments Garage, selling the top brands in the international market, such as Gibson, Nord and DW, just to name a few.

During my early 20s, I gained skills in playing various instruments through the creation of my own rock band “Fugitive Entity.” It included some of my talented metalhead friends, and rocked the stage in 1987 and 1988.

Out of all the music genres, alternative gothic rock is my absolute favorite. At the time, I had a radio program specifically targeting this genre, but since this music was not very popular in Lebanon the radio show was limited to one hour per week.

In 1979, my father inaugurated the Zaarour Ski Station, Mount Lebanon, where I used the existing transmitter to broadcast music. This was the early days of Radio Mount Lebanon, now known as Jabal Lebnan. The successful creation of this radio station led to the introduction of three further stations. The first of these was Nostalgie, playing French and English classics, with the core music based on the 70s, 80s and 90s. This was followed by Hit FM, now known as NRJ Lebanon, playing solely trendy and up to date hit music. Then Aghani Aghani came into existence three years ago following the great success of its sister stations.

While the radio stations were growing, I shifted my focus towards concert production, and organized my first concert in Mont La Salle. Their success brought about the foundation of the first professional event management company in Lebanon: 2U2C. It quickly became one of the leading entertainment promoters in Lebanon, producing more than 250 concerts with artists including Pavarotti, Jose Carreras, Tom Jones, Paul Anka and many others, and as a result I have recently expanded the business to Paris.

As an extension of concert production, I established an artist booking agency: Arabooking, which is the largest booking agency in the Middle East, with around 250 signed up artists to date. In addition to that, I have put considerable effort in bringing Virgin Megastores to Lebanon. It took dedication, credibility and persistence, but I was able to achieve this objective by 1999 although I have sold it several years later. All this activity led us on to found MTV Lebanon, the number one TV channel in Lebanon, followed by its two sister channels, Aghani Aghani TV and NRJ Hits TV.

Simultaneously, I introduced Audiovision, a fully equipped recording studio where artists can record new singles and albums. Audio Suite, likewise, came to life due to a belief that there should definitely be a Pro Tools certified music school that can deliver a proper music production certificate to those eager to pursue a career in production.

I’ve always said, and wholeheartedly believed, that wherever there is passion, success will follow. That is the full drive behind the success of my endeavors – it’s the passion for good music. Add passion to diligence, and it’s a recipe for efficient music delivery to target audiences across various radio stations, with different genres of music. My team aids me in accomplishing this on a daily basis, and has kept our radio stations at the number one position across the country for the last 30 years (and counting!).

Speaking of diligence, I’m currently in the pursuit of my Master’s degree in Music Production and Technology at Berklee College of Music, as well as a Master’s in Music Business. This, alongside my in-office studio, enables me to stay up to date with the latest global music trends.

I’ve been asked: “Why? Why do all this, and keep it in Lebanon?” The truth of the matter is, although I have passion and diligence, I would have nothing if it weren’t for love. The love for my country, that is. It is the essence behind my decision to remain believing in Lebanon’s full potential and growth opportunity in attracting new business ventures and ideologies. It’s an interesting market that has tolerance for various types of industries. One can only wish for a better political situation so that it can remain booming with fresh talent and even more passion.