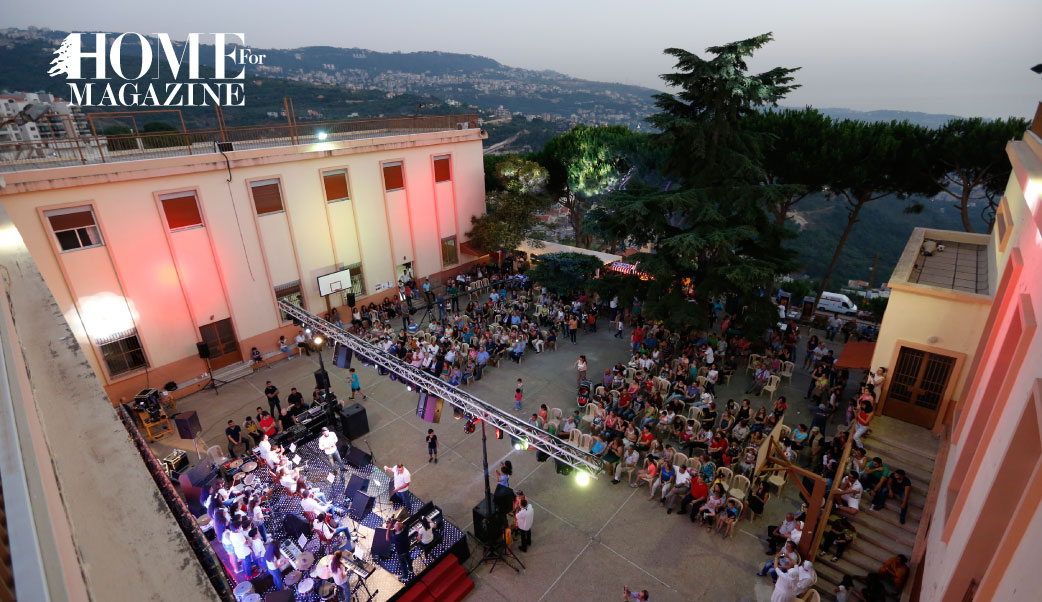 The terrace was overlooking majestic green scenery, lit by house lanterns and moon rays shining from a dark blue sky. A feel of intimacy and camaraderie filled the place, as everyone appeared to know everyone. The festival did not seem to be just a gathering to honour music, but to salute the people too. Suddenly, we were flashed back to the old village days, when neighbors gathered over oud melodies and sweet light saj smells. This year marks the 35th celebration of La fête de la musique in France, and the 16th in Beirut. According to Minister Audrey Azoulay, current French Culture Minister, this year’s theme is “Music is stronger than…” Remembering last year’s terrorist attacks in Paris that took the lives of 147 individuals, he adds that music is crucial when it comes to “overcoming our fears, fighting division, because it is stronger than those who want to shut it off.” The first Make Music Day was, in fact, created in 1982 by Jack Lang, former French Minister of Culture. He thought that there should be a day, when all people go on the streets to play instruments and sing. Now the festival is being celebrated in 700 cities, in 120 countries.

However, Kahale was not only glorifying music, as the people were celebrating one of its most important achievements, The Don Bosco Cultural Center. Don John Bosco, named the Father of the Oratories, or “El padre de los oratorios” in Italian, is the Roman Catholic priest who founded the Salesians of Don Bosco Institute in the nineteenth century. It all started when he picked up a delinquent boy from the street, left with neither education nor religion and spent Sundays entertaining him and other needy young ones with recreational and fun activities, to end the day with a small notion on catechism.

The Don Bosco Cultural Center opts to work towards the same mission where students of Kahale are welcome to come to “expand [their] skills and capacities”. It offers courses in the English language, computer use, sports and many other subjects, including of course religion. It also helps students apply to jobs by improving their resumes and cover letters according to the position’s requirements. Yasmine Bejjani, a 17 year old volunteer in the center explains: “I’ve been volunteering every weekend with the kids of the oratorio. We are the salesians of Don Bosco, the congregation and the oratorio is literally our home. We can do whatever we want and the nuns are our mothers and sisters”. She also added that music is a great way to distract anyone from the problems surrounding them, allowing them to focus on the positives in life: “after all, music unites us all”.

The engine behind this initiative is Abboud Bejjani, chairman of the founding board of Don Bosco’s Cultural Center. He told HOME that it is both surprising and interesting that approximately 10% of the village’s population can play at least one instrument. They’re all amateurs and are not being paid to perform. They’re just sharing their talents for the sake of joy and obtaining revenues to fund the center’s summer camp.