Lebanon’s Night at the Museums 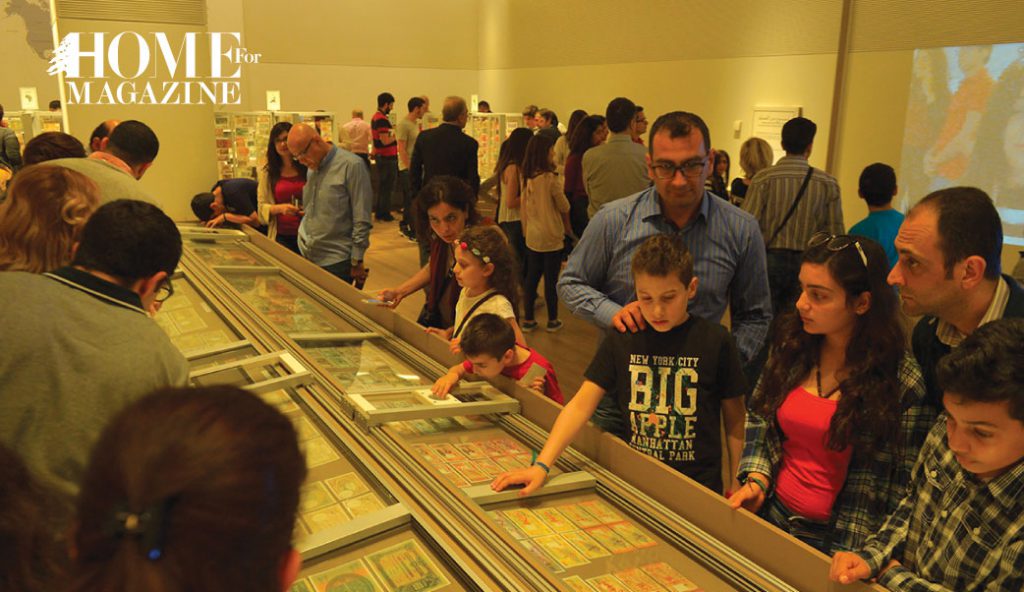 A Night  to be #ProudOfBeingLebanese

A crowd. A huge crowd. People walking on the streets, bumping into their friends, children running around, others waiting in line, and everybody enjoying the evening.

“Hey, where are you heading to next?”, “Let’s take the bus there”, “Don’t go there now, it is too  crowded”, “Don’t miss  the projection on the main  façade”, “They are having  a special exhibition tonight”,  “There is a band inside”.

That’s some of what you would have overheard that night. But what night are we talking about? April 8, 2016. “A Night at the Museums” (La Nuit des Musées). A museum hopping night, where fifteen thousand people, from a variety of different backgrounds, went to museums across the country to celebrate culture and museums.

“A Night at the Museum” is now in its third  year. Eleven museums in Lebanon (Beirut,  Saida, Jbeil and Balamand) were open to public between 5:00 PM and 11:00 PM.

The Ministry of Culture first initiated this event, as part of the Francophonie month, giving people the opportunity to visit museums outside their  normal schedule, and generating an annual gathering that is growing year on year. For the 2016 edition, the number of visitors tripled compared to 2014.

Apart from the museums, many partners and sponsors helped to make the night unforgettable: free bus rides allowed visitors  to hop  on and off for an unusual museum discovery ride; food and beverages were offered, while bands and mimes entertained the crowds; hostesses distributed flyers introducing museums in Lebanon. Local media covered the event, which helped the event gain exposure.

A continuous stream of humans descended upon Lebanon’s museums. The directors and curators were delighted with how the evening went, and with the larger numbers that attended.

For more than six hours the museums were full of people savouring the richness of Lebanon’s heritage, asking  for more details, appreciating each piece of art, and wondering why they had not visited  before. The night was an  expedition to the heart of minerals, prehistory, ancient history and archaeology, the history of coinage, contemporary art, ethnography, a journey of millenniums, uncovering the skillfulness  of mankind and the marvels manufactured by humans and nature.

On the night, emotions filled the air: joyful tears with goosebumps all over  the skin and a heart bursting with love and hope.

That night was a night to be #ProudOfBeingLebanese