Homeoflebanon
Giving Back
You Can Hope For The Better Or You Can Work For It
Giving Back Giving Back & Inspiration Issue No. 06 ISSUES NGOs 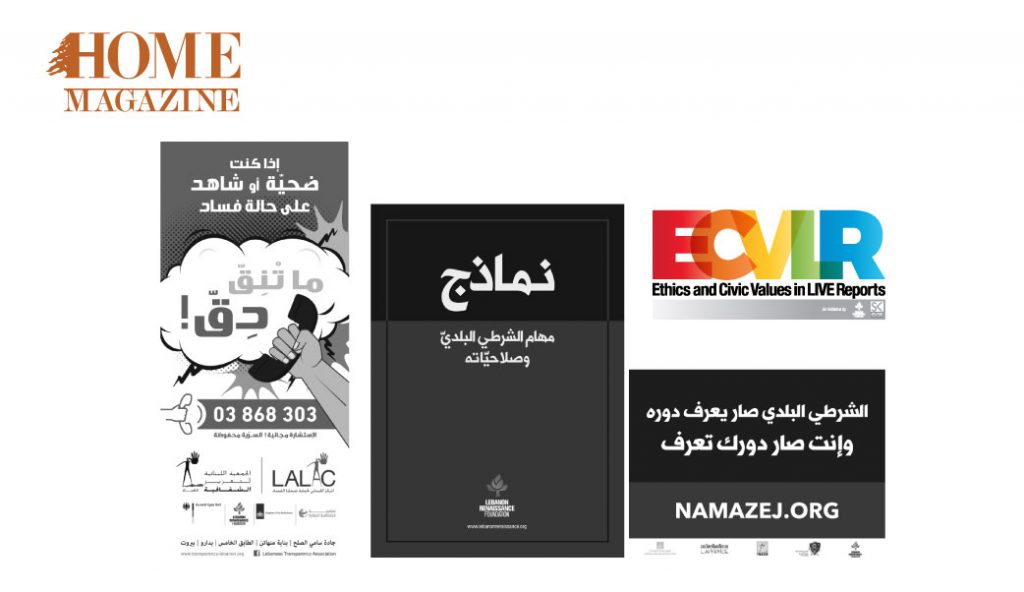 The Lebanese Renaissance Foundation is playing an active role in society; it is an independent organization that promotes non-violence and democratic activism.

As Lebanese, after years of civil wars and our fair share of instabilities and upheavals of all sorts (political, economic, sectarian, environmental, to mention only a few), we are always striving for and dreaming of a better Lebanon. But how can we attain this dream? How can we translate it into reality?

The Lebanon Renaissance Foundation (LRF) is a catalyst of change. It is an independent, non-governmental and non-sectarian educational organization whose founders were involved through their own professional activities in advancing the practices of non-violence and democratic activism. “The Foundation,” presided over by Charles El-Hage (a former Senior Vice President at Booz & Company) along with eight other prominent names from the activism scene, was created in 2007. The idea behind the organization arose from the desire that the founders saw: a thirst to live in a stable, pluralistic democracy, free from radicalism and foreign interventions. The association (funded exclusively through personal donations) has gone through many obstacles, but managed to keep going, and their motto is stronger than ever: help in nation rebuilding through education, awareness and the coming together of young people from all parties, religions and backgrounds. The group is not about politics, but policies. Their essential goal is attitude change to bring about the emergence of a “better” state through the media, the municipalities and the government, as well as building a sense of citizenship among the general public. Educating the public and the generations to come is the main tool in attaining the goals set by the committee. This is done in five different ways.

Education: Fady Bustros, Communications and Relations Director, describes how the Youth Leadership Program works. Twenty-two young people aged 21 to 31, belonging to almost all political parties, take part in lectures that comprise many topics: global contemporary issues, Lebanon policy challenges, socioeconomic threats and opportunities, corruption issues and many more. The aim is to encourage the sense of conviviality and acceptance between people from different “opposing” parties.

Policy: Since 2013 the CDC (Closed Discussion Circle) has aimed to explore avenues of common ground between five moderately affiliated individuals who have a certain level of influence within major political groups in Lebanon. The participants are encouraged to foresee their vision of Lebanon as well as address issues such as protecting Lebanon from external and internal threats, and what kind of state would they like to build. Later on, these results might be relayed to their respective leaders.

Advocacy and legal advice: Through the Lebanese Advocacy and Legal Advice Center (LALAC), launched in 2013, the foundation came up with an exceptional way to encourage citizens to make their voices heard. One of the most relevant purposes of LALAC is to empower citizens with the confidence and support to act against cases of corruption through free legal advice. Some of the issues relate to sexual extortion, missing funds for the displaced, and police discrimination and harassment. A hotline was created to allow people to voice their complaints that would later be forwarded to state bodies, pressure groups and the media. This “grass-roots” initiative has a meaningful motto in Arabic: “ma tnekk…dekk” (which in English translates to: “do not whine… call”).

Civil Servants 101 and the Namazej Handbook: CVC 101 aims at developing the human factor in public bodies to better serve citizens by teaching them about their rights, as well as to inform the municipal police agent about their basic tasks. Namazej is a handbook designed and printed by the LRF, with the aim of distributing it to 3,000 municipal police members in all Lebanese governorates, under the auspice of their respective governor or Mohafez.

Finally, Bustros talks about the Ethics and Civic Values in Live Reports. When live media reports false contents and information, the result often carries a negative impact nationwide, which in turn distorts the citizen’s values about his/her perception of state. The plan was to create a two-hour compilation of blunders from the last five years of TV news coverage. All Lebanese reporters from TV stations are invited to attend training sessions regarding the issues at hand, and report it at a later stage to students in media and journalism. To date, the committee has completed the initialization, screening and preselection of footage covering years 2010 and 2011. So-called suspects in many situations named without any proof and blaming government for any natural disasters are examples of the mistakes committed. “You can hope for the better, or you can work for it.” The association’s slogan is a strong one and something we can all aim for, enticing each and every Lebanese citizen to participate in making this country a state we can be proud of.