Homeoflebanon
ISSUES
Issue No. 06
Pierre Ahmaranian: Philately, A Way to Love Lebanon from Afar
Issue No. 06 ISSUES The Voice of the Diaspora

Pierre Ahmaranian: Philately, A Way to Love Lebanon from Afar 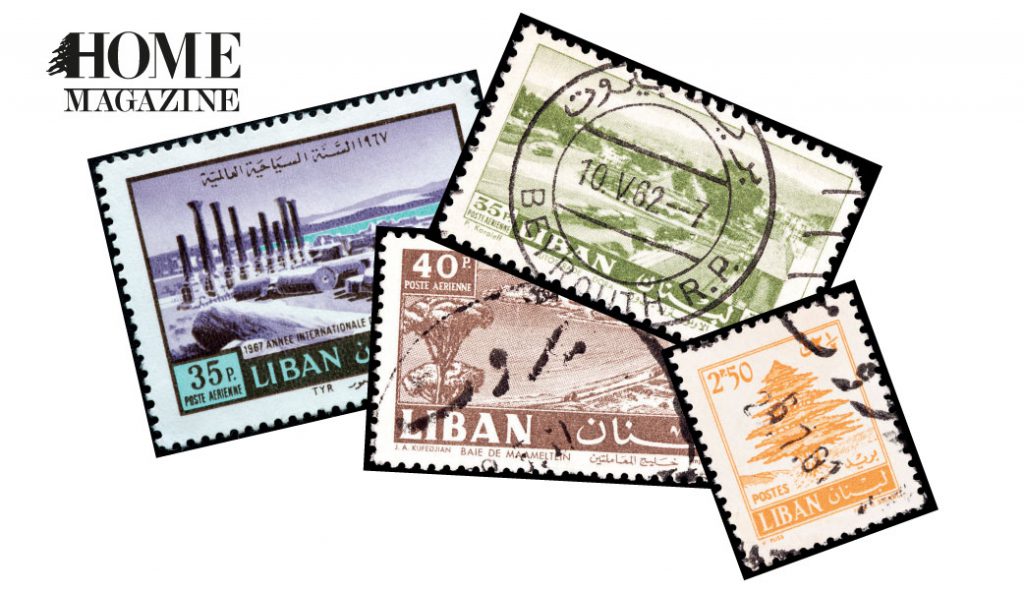 Every stamp is a chapter of the history of Lebanon; each one is a passionate guardian of a time that has vanished. Pierre Ahmaranian, author, philatelist, Arabic teacher, and presenter- producer.

Stamp collecting is a very lonely activity; however, if shared with others, it spreads the message of beauty, achievement, culture, history, and so much more. It is an inspiring way to promote the distinctiveness of a country through tiny squares. Stamps are miniature works of art; it’s also impossible to get involved with them without learning a lot from them.

Pierre Ahmaranian is surely aware of all this. That is why he decided to connect his two passions: Lebanon, and philately, in a delightful exhibition. Lebanese born and living in Montreal since 1979, he paid homage to his roots by embellishing the walls of the Consulate General of Lebanon in Montreal to awaken visitors to the splendor, the magic, the traditions, the history, the cities, and the talents of the country of milk and honey. It narrated a tale of Lebanon and captured its soul through the illustrations on postage stamps.

As guests walked through the display, one could feel the sense of pride in front of these little tapestries but, most especially, the love. It is true that for centuries, mail was carried by horse and carriage before the use of vans, ships, and later airplanes.

However, no matter the content of the correspondence or that of the parcels, the stamps carried messages of their own – historical, political, cultural, and even humorous – to our pure delight.

The exhibition was inaugurated by His Excellency, Fadi Ziadeh, Consul General of Lebanon in Montreal in the presence of the former President of the Lebanese Republic, his Excellency Cheikh Amine Gemayel.

The exhibition offered many panels classified by subject: crucial historical events, artistic and sports episodes, towns and cities, and presidents. A special section was dedicated to the Lebanese army.

The stamp display highlighted major events including the United Nations Charter with the Arab Summit in Beirut in 1956. It also featured stamps from the end of the Ottoman Empire and from the state of the Greater Lebanon era. A vast section was dedicated to Lebanon’s artistic production, reflecting its personage and milestones.

Pierre Ahmaranian explained that usually the collections are spread out chronologically. However, he thought it would be more interesting to regroup the little tapestries into themes. He added: “One can see the beauty and the talent inherent to the land but also catch the spirit of Lebanon.” He particularly mentioned the panel presenting Lebanon’s presidents and the first stamps in 1943: the stamps were overprinted with Republique Libanaise. After the Constitution of Lebanon was adopted in May 1926, it was only a few years later that new stamps were marked simply Liban.”

His eyes sparkled when he told us: “Stamps have tales and secrets worth hearing.”

As honorary guests and others left the exhibition mesmerized, and some misty-eyed, the soul of Lebanon was alive in the heart of Montreal.

It is important to mention that ever since he was a little boy, Pierre Ahmaranian had a passion for stamp collection. He recalls spending hours with his father, from whom he inherited his interest for philately. It  is his father who introduced him to this hobby that would later become a real passion. His father used to explain the context of each stamp, and very often it led to a real history lesson. Pierre recalls discovering some countries that no longer exist and some eminent political figures.

The passion was to grow even more. After leaving Lebanon in 1978 to live in Montreal, compiling the stamps of his homeland became a way to love Lebanon from afar. Pierre pursued stamp collecting while building a career and raising his family. Simultaneously, he started a collection of Canadian stamps.

“Stamp collecting dispels boredom, enlarges our vision, broadens our knowledge and makes us better citizens, and in countless ways enriches our lives,” wrote Franklin Delano Roosevelt. In an era of increased electronic leisure, one wonders what place stamp collection still holds? Maybe the answer is that reality never vanishes; it continues to recreate itself.