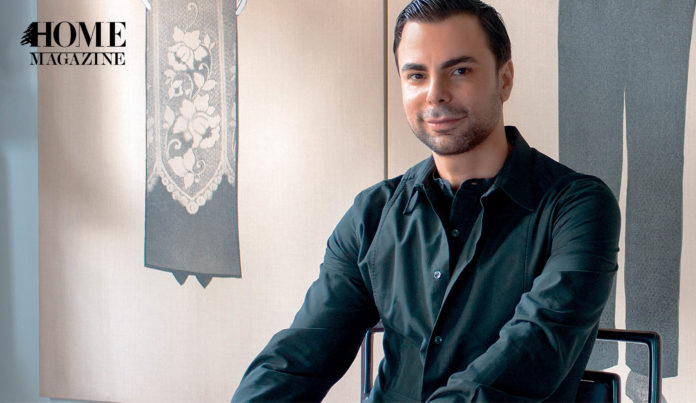 With a client portfolio that spans some of the most well-known hospitality brands and restaurants in Lebanon and the Gulf region (Em Sherif, Villa Clara, Numero Six, Fred Bistro and Kateh, to name a few) and countless residential HOMEs, Ramy Boutros has made a name for himself as an interior architect His success can be attributed to his bespoke approach to every project, whether designing a commercial space, a HOME or his luxurious line of limited edition furniture and jewelry.

“I’m kind of an unbearable person,” says Boutros wryly at one point during his meeting with HOME Magazine. “Perfectionist and a nightmare for the people I work with,” he continues with a lighthearted laugh. About sixteen people work full time for Boutros who has his office space in the heart of Ashrafieh. His workspace reflects his signature style—a touch of classical opulence mixed with more minimalist modernity.

When Boutros takes on an interior design project he goes beyond the surface. “I aim to create an architectural concept. It has to be very clear with correct proportions while the space is empty,” he explains. “So later, even once you remove all the furniture and the art, it speaks.” 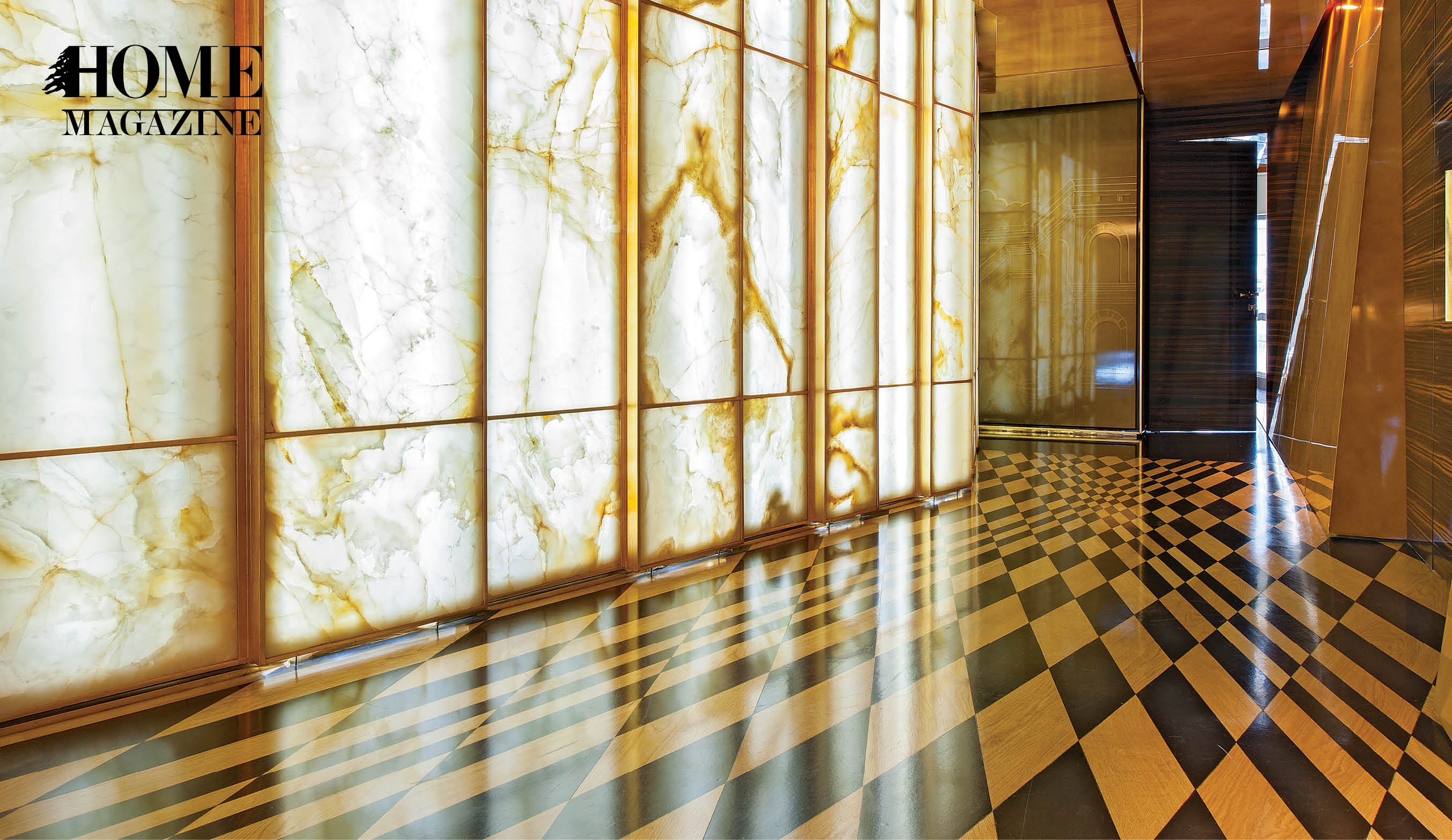 Boutros pays painstaking attention to details, whether it’s the materials, lighting or the layout of the space itself. With new residential spaces on the market becoming smaller with lower ceilings, he believes smart use of space is essential. This means everything he brings to the space has to be functional and sculptural at the same time.

When working on a large project, such as a tower, Boutros steps in once the architect finishes. He then remodels the interior space to create the concept he has in mind, while respecting the proportions and balancing light. “Lighting is 40 percent of the success of the space,” he tells HOME. His other focus is to translate the personality and fantasy of his client into the space. So, what exactly does that mean? “Well, sometimes a client may not really know what he or she wants in the space,” he says. This is where Boutros probes deeper into the personality of his clients, applying a bit of psychology to understand what they like and don’t like. “I may provoke the client, or show the client alternatives in order to succeed in translating his or her true personality into the architectural space.”

“An interior space should tell you a story of the people who live there.”

By going the extra mile to develop designs that reflect his clients’ inclinations and tastes, Boutros has developed a portfolio that is diverse; no two projects of his look alike. They always aim to reflect the soul of the client. “An interior space should tell you a story of the people who live there, while a public space, such as a restaurant or a hotel, should always take you on a journey,” he says. To execute his concepts, Boutros ingeniously blends classic, contemporary, modern and even Oriental styles in the same space, creating an eclectic harmony that is both inviting and vibrant. 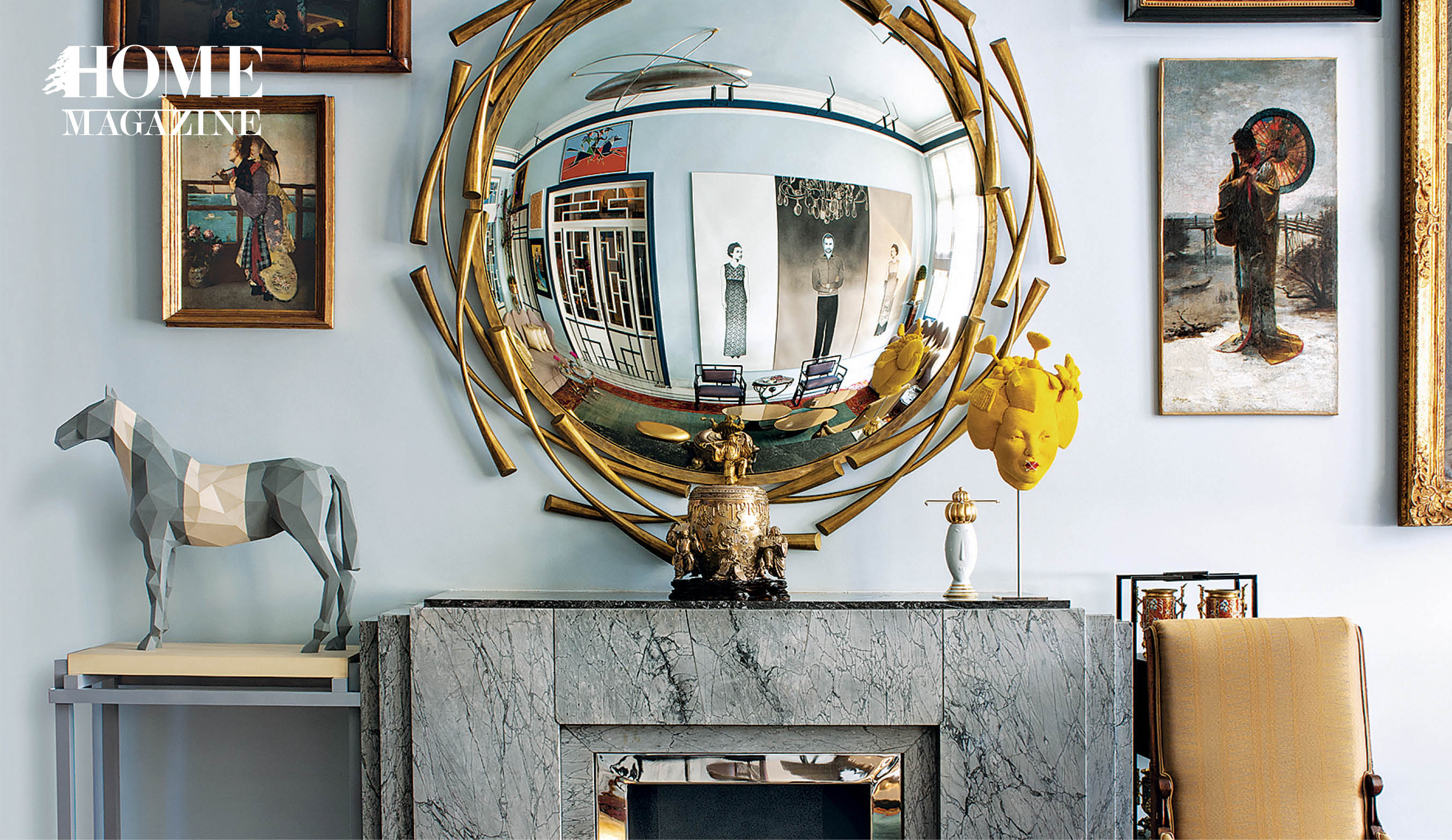 In person, Boutros is ebullient and passionate when he speaks. He has a youthful face and a boyish grin that belies his 42 years. He clearly loves the world he has created for himself: spaces surrounded by art, furniture and gorgeous finishing. Boutros is an avid art collector who has been amassing paintings, sculptures and furniture pieces since he was 19 years old. He admits that he is drawn to exotic art. “I love Neo-Greek, Orientalist, Chinoiserie, Japonism or Egyptomania. I get my inspiration from the past and modernize it in my work.” He also owns artworks by Nabil Nahas, Nadim Karam, Safwan Dahoul, Samia Halaby and M.F. Husain, among others. He tells HOME he now has his sights set on acquiring works by Anish Kapoor, Yayoi Kusama, Takashi Murakami and George Condo. “My two grandfathers were collectors and so growing up this helped me to understand and appreciate art,” explains Boutros.

Pursuit of an education and happiness

Boutros graduated from the Lebanese Academy of Fine Arts in 2000 with a degree in interior architecture.

Soon after, he traveled to Paris to immerse himself in its museums, architecture, fairs and galleries, while taking courses in furniture design and visiting ateliers. “Paris is an open museum and I went there purely to learn—the techniques, the materials, the finishing,” he says. “Our profession is the job of the rich people,” he laughs. “You need to be rich in order to afford to keep up to date! You need to travel frequently to attend all the exhibitions—from paintings, sculpture, art, furniture, materials and so forth.”

He admits that educating oneself on the latest trends is both costly and time consuming. “After all, my profession is one of luxury, not one that is of need,” he says. “It’s a plus that makes us happy—to be surrounded by beautiful materials. It changes our experiences and our lives.” He tells HOME how his clients light up when they see their finished space. It becomes a place they want to spend a lot of time in and to also share with others and entertain. To date, Boutros has designed multiple HOMEs in London, Paris, Los Angeles, Philadelphia and San Diego for his Lebanese and other Arab clients. He also designed the interior of a luxury 80-meter boat in Barcelona, collaborating with B&B Italia for the furniture and Devonport Yachts to alter the architecture fittings of the yacht in order to meet his vision. One of his current projects is working on the interiors of the Landmark Hotel in Beirut, which is being designed by the famed French architect Jean Nouvel. He also has other on-going commercial projects in Qatar and Kuwait. 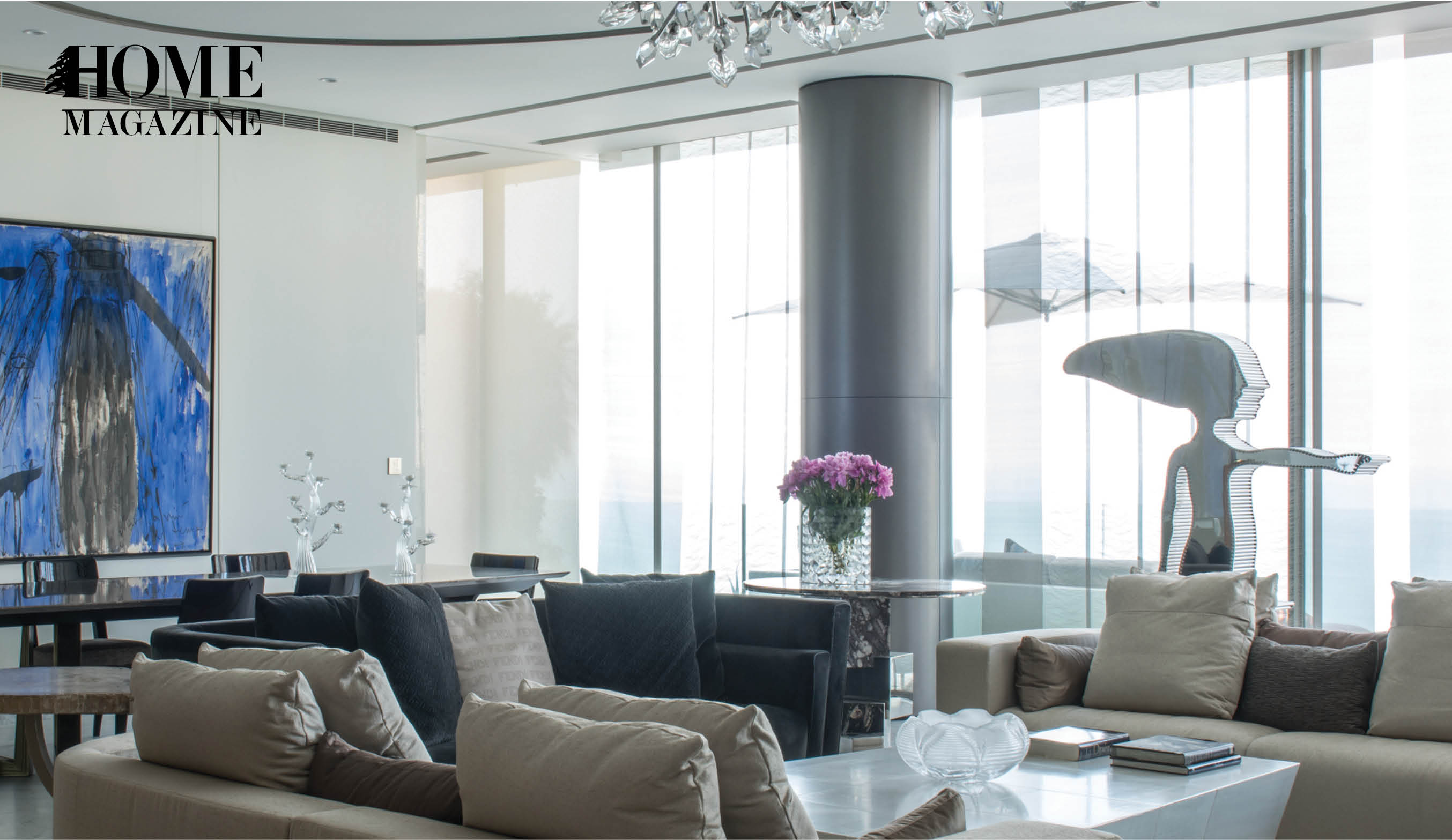 After spending some time in Paris, Boutros returned to Lebanon and initially teamed up with his cousin Joe Tohmé, a furniture designer. Together they collaborated on projects where Boutros would handle the design and his cousin would provide the furniture for the clients. Eventually, Boutros started his own independent interior architecture practice and by 2007 he also began to create his own furniture pieces. “Furniture started with a need really,” he explains. “I’d need a specific dining table or side table to complement the space, which I could not find in the market, so I would have one made.” A year later Boutros launched his first Oriental, modern, limited-edition furniture collection called Byzance. Today, his furniture pieces that are made in Lebanon are done mainly for his clients. “They are not profitable as they are very expensive to craft and mostly made to order,” he admits.

When asked what advice he can share with those hoping to take up the same profession, Boutros had this to say: “Differentiate yourself from what’s in the market.

Try to provoke and change the way. Don’t think of profit or materialistic gains because they will come. There is a learning curve that you have to go through. There is no room for average interior architects—push the envelope and work on yourself. Fight and do not be lazy. And always fall in love—that’s the secret,” he adds with a definitive twinkle in his eye. 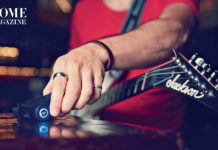 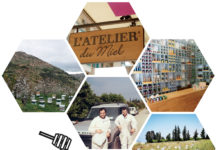 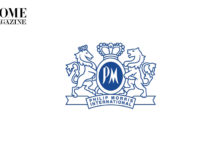 Philip Morris International,Scuderia Ferrari and Ducati Corse on a Quest for Progress