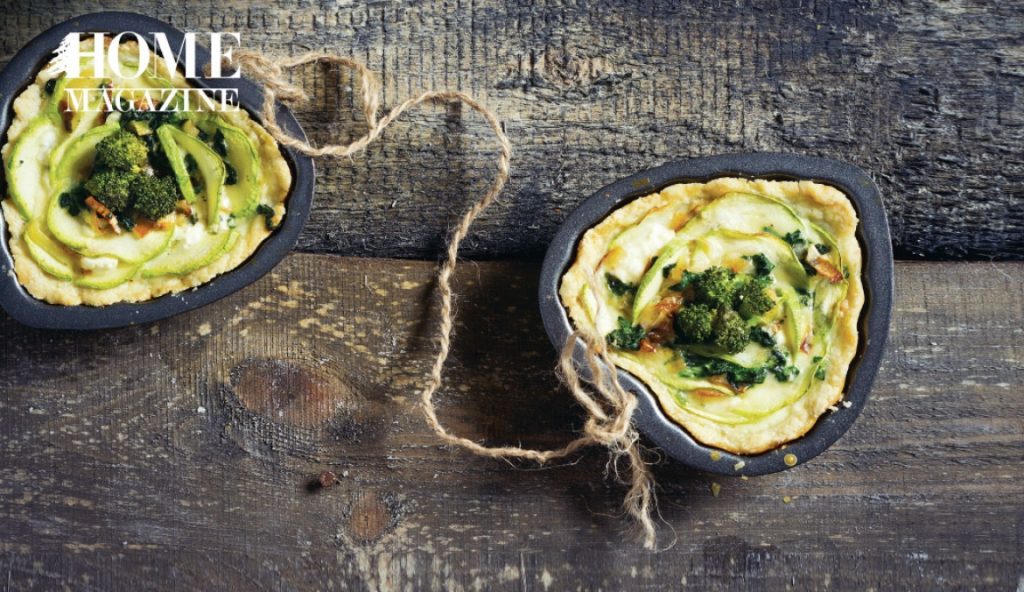 How often did we, as children, do our HOMEwork at the kitchen table, watching our mothers as they prepared another delicious chocolate cake? And how many times did we patiently wait for their permission to lick the mixing spoon? The kitchen is the heart of our HOME, a place full of life, love and conversation; a place where recipes and memories are shared.

Started in 2006, the Recettes de Vie’s social initiative is more than a cooking book, it is an idea based on sharing and giving. Sharing in all forms: From sharing time, experiences, recipes, cooking, memories and turning that into a sustainable initiative to raise funds and awareness of women and children suffering in conflict regions. The formula is simple: Recettes de Vie is the outcome of friends offering their best culinary secrets that have been passed down from generation to generation, the support of sponsors and a human chain of volunteers who have made it possible. 100% of the book’s proceed are donated to non-political and non-religious charities in Lebanon and in the region. Recettes de Vie has so far donated a total of US$220.000 to more than 20 charities, recognizing the humble heroes who are changing thousands of lives.

The concept of Recettes de Vie was born with the advent of the Lebanese war in 2006. “We were trying to unify Lebanese citizens in a time of turmoil in the Middle East and food units people. For Lebanese, food, hospitality and sharing a meal around a table are very important. “At our humble level, we wanted to do something for Lebanon. We wanted to try to gather the Lebanese around something.” Recettes de Vie 1 was published in 2008 with this desire to unify around the culinary world. The necessity to pen the second edition came with the Syrian war and the desperate needs of NGO’s absorbing more demand. Recettes de Vie 2 was launched in 2014 with a new structure and design. The values of sharing and giving, the wish to help the community and leave a legacy to the children are the core of the Recettes de Vie initiative.

The concept was born to support associations that focus on the rights of women and children.

Recettes de Vie has contagious benefits: from two people starting a book – to ten friends that are in the book, who tell ten of their friends, it gets to 100 people, thus the potential is exponential. Recettes de Vie unifies more than 400 people and recipes in the two books that touched people around the world with launches that happened in Dubai, London, Paris, Beirut, Singapore and recently in New York City. Each launch was the occasion to share food and wine from Lebanon with friends and family. Each launch was a moment of unity, sharing and giving.

The success of Recettes de Vie was recognized at the Gourmand Best in the World Competition in China with the book winning the 3rd prize in the Asia Charity Fund Raising Book Category. Recettes de Vie 2 reveals family and friends’ culinary secrets that have been passed down from generation to generation. Available in both French and English, Recettes de Vie 2 offers a discovery of the hidden recipes of more than 200 ‘chefs’ and an embarkation on an unforgettable culinary journey around the world.

All the recipes of Recettes de Vie are transmitted from generation to generation, from the mothers to the daughters, from the grand mothers or grand fathers. These recipes offer an emotional effect and you have the sensation that you cook with the person offering the culinary secret. “When we arrived in Dubai in 2006, we had many recipe books in our kitchen cupboards but we were still calling our mothers to ask for their recipes. We realized that recipes given to us by our mothers made us feel more secure and more confident. Recipes transmitted from mother to daughter, or from grandmothers or friends, guarantee results. It’s like a gift, people are giving out their culinary secrets, so it is natural to give it back to the community”.

Translating across cultures, language, demographics, Recettes de Vie bring people together. It brings universal sympathy for basic human need. The NGOs that received the book’s proceeds are located in Lebanon to date due to very difficult situation with the Syrian war. The focus is on benefiting small associations that can lack the means to effectively raise funds and for which even the smallest amount of money can make a real difference. A study and evaluation of the project of the NGOs that receive funds is made and is somehow linked to food.

Recettes de Vie is, ultimately, the result of people working together. Recettes de Vie is more than a collection of recipes, it’s a gathering of love. With Recettes de Vie, you are getting to know people from the project, from their recipes, from sharing their favorite childhood dishes, you are connecting a wider group of people with similar compassion and passions. In these difficult times, Recettes de Vie could be the connector at the festive seasons: offering the book to the friends and family, it will help charities. Recettes de Vie is a unique gift for a great cause filled with love and emotion.