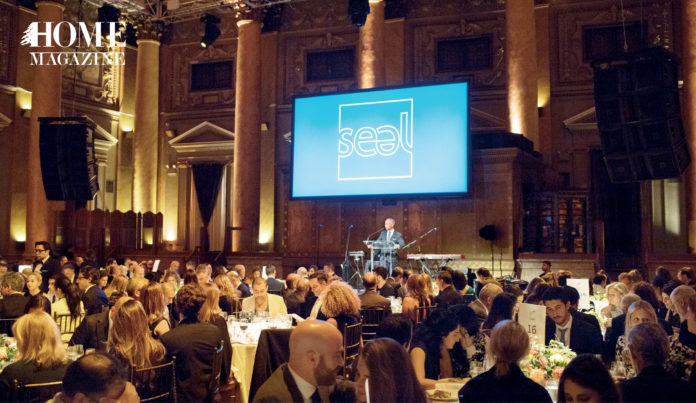 At the beginning of SEAL’s third decade, it’s time for the next generation to step up.

At Social & Economic Action for Lebanon’s annual gala in New York in September, (SEAL) President George Bitar told the audience of elegantly dressed Lebanese-Americans he would not be speaking himself. He instead introduced one of SEAL’s youngest board members, Dana Barakat, chairperson of SEAL’s Communication Committee.

Bitar, one of SEAL’s founders, was Barakat’s age when SEAL was created in 1997 by a dozen young Lebanese finance professionals who had recently replanted in New York and were eager to maintain ties with their HOMEland. They aspired to rebuild Lebanon after the country’s devastating civil war.

“We felt we were fortunate to have established ourselves abroad, but others were not. It was our duty to support those who stayed,” Bitar told HOME in an interview from his Manhattan office.

“Our vision for SEAL was that we would help Lebanon stand on its own two feet,” said Bitar. “But we are still filling a void created by a lack of social safety nets and good governance. That we are still here and working to fulfill our vision 20 years later is bittersweet.”

Now Bitar and his fellow Board members aim to prepare the next generation to take the lead. As the philanthropic organization begins its third decade, its leaders are encouraging young Lebanese-Americans to step into their roles and move the organization forward.

Barakat, who then took the mic, told the crowd she had long been impressed by SEAL, an organization that invested in rural-area initiatives in Lebanon when few others did, that ignored religion and background at a time when the Lebanese were bitter and divided, that was devoted to improving the standards of the Lebanese people by unlocking economic opportunities.

The young Lebanese-American with a degree in human rights from Columbia University noted, “SEAL has provided infrastructure and equipment to farmers, fishermen and factories. Project proposals are carefully and thoughtfully vetted based on key factors: they must be collectively owned so that all profits are shared; they must be in hard to reach (or underserved) areas of Lebanon, be sustainable and they need to have the potential to grow and thrive.”

Lebanon is still rebuilding, especially in its neglected rural areas. “I don’t need to tell you how fragile our country is today, how large the needs of rural communities are,” Barakat told the audience. “The economy continues to shrink, unemployment is increasing, and the priorities of international aid and development donors are moving away from Lebanon.

“Now is the time for us—the Lebanese diaspora and friends of Lebanon—to step up to the challenges faced by the country we all love.”

“In my experience, the Lebanese are very generous, especially those who have done well,” said Marc H. Malek, one of SEAL’s founders. “Many are already giving back to Lebanon: SEAL is another conduit.”

But SEAL is different, he said. It is project-based, transparent and serves all areas of Lebanon, particularly the rural communities. “And there is a unique sense of working as a group, of being part of a civic fellowship.”

SEAL is volunteer-run, with the 11 board members rotating through leadership roles, explained Bitar. “We operate collaboratively, doing what is needed to keep things on task.” There are three officers: a president, a secretary and a treasurer. The work of SEAL is largely accomplished through its committees (Project, Finance, Gala, Fundraising and Communication), each with its own “intense times and slow times.”

The most concentrated effort is in preparing for the gala, which lasts for months. Another hectic period hits the Project Committee after the April and September application submissions for SEAL support. Proposals are evaluated by the committee to ensure they meet their strict due diligence criteria, then reviewed at a board meeting for final approval. 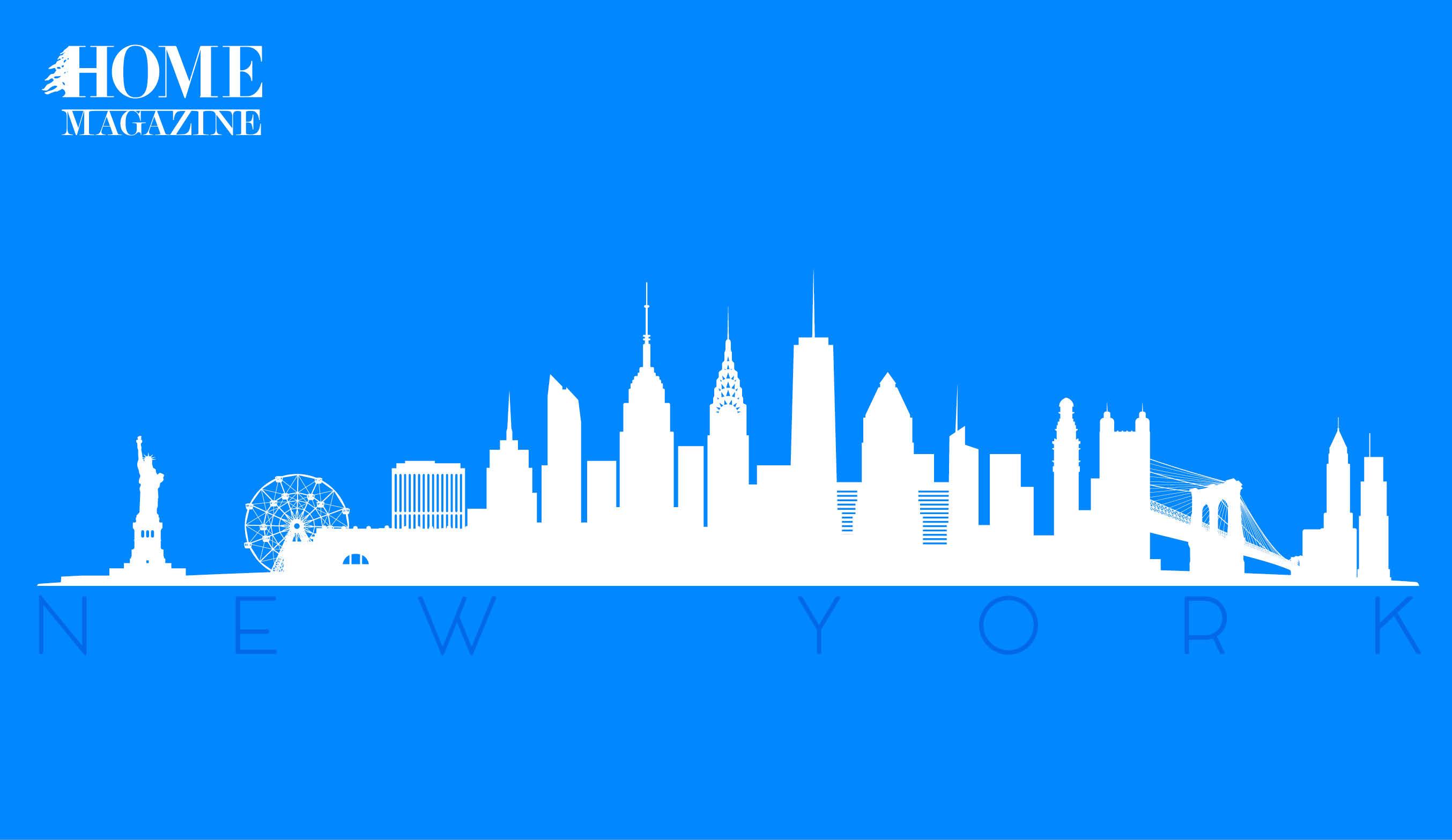 SEAL started financing projects with the founders’ own money, each putting in a certain amount. Today’s board, made up of many of the founders and others who believe in the organization, still pay all the expenses of running the organization so that 100 percent of a donation goes directly to a project.

SEAL identifies “the most ambitious, socially-minded, active local leaders and community groups” and provides them with support to accomplish their missions, said Victoria Lupton, a former executive director and now a SEAL consultant. By financing small-scale rural enterprises in all regions of Lebanon, SEAL creates opportunities in Lebanon’s less fortunate, marginalized communities.

Nassif Wakim, SEAL’s project manager on the ground in Lebanon, spends months looking for the most promising and active cooperatives and municipalities—whether it’s producing zaatar (thyme) to be sold locally or exported abroad; or a catering business developing frozen ready meals or maybe a women-run factory that creates soaps from locally-grown and pressed olive oil—which were made possible through SEAL funding last year, Barakat said.

SEAL finds inspiring entrepreneurs across Lebanon who are invisible to most people in Beirut, but who really deserve support and attention, said Lupton. Then it provides assets, equipment, training and business support, most often working with cooperatives, but sometimes with municipalities.

Since its founding, SEAL has funded more than 150 projects with an investment of more than $3 million, directly impacting more than 32,000 individuals. And the effects are much greater.

When SEAL provided $23,000 worth of industrial equipment to grind zaatar in 2016 to a women’s cooperative in Wadi el-Taym in Bekaa, production increased by a factor of 10, from 200 cubic kilograms per month to two tons a month. The incomes of the 24 women doubled. They used their rising incomes to educate their children, buying them new clothes and medication. It allowed them to move out of poverty. They are also training more women to work. Almost 100 zaatar farmers were able to sell locally at fair prices, and consumers benefit from the delicious natural product.

Another project with multiple impacts was a large water and irrigation project in Anjar in 2017. The municipality created a project that benefited local farmers, shops, restaurants, businesses and the local school. An investment of $60,000 deepened an existing well and provided drip-irrigation to local fruit groves. It guaranteed the water supply for three decades by both increasing the availability of water and maximizing the efficiency of use.

In addition, the municipality agreed to provide 40-50 percent of the profits from fruit sales to the school to cover the tuition of up to 100 unprivileged students.

Said Lupton: “Eight years ago, we implemented a tree-planting project near Baskinta. It takes five years for trees to grow. This side of the mountain used to be completely brown. Now it is covered by apple and pear orchards.”

Malek’s favorite projects include buying sewing machines for a women’s center in the Chouf mountains and providing new nets to the fishermen of Tyre who were affected by the 2006 war.

SEAL also gives people choices about how to contribute their money. They can choose projects from the website and monitor them.

This is important, said Bitar, because the Lebanese diaspora has a “certain amount of cynicism. It has been our duty to earn their trust.”

A focus on women

“What touches me on a very personal level,” said Barakat, “is that SEAL actively focuses on projects that bring women into the workforce. The women that we support come from all walks of life—some women provide for their parents, others their children. There are those who may be educated but can’t find work in their villages—and those who have never worked, but now must.

“The bottom line is—these women want to work, and when they do, particularly when a mother works, the income is spread throughout the family, giving the next generation opportunities for a better future. And, equally important, it transforms women psychologically, giving them confidence and purpose.”

SEAL has invested more than $400,000 in 25 initiatives supporting women to enter the workforce, which have generated economic opportunities for almost 2,000 people. “That means it only cost $200 to bring one woman into the workforce. And that’s before we consider the benefits to the community at large,” she said.

Malek returns to Lebanon “religiously” twice a year. When he does, he visits SEAL projects. “When I look at the map of Lebanon and see SEAL projects in all areas of the country, it is very clear that we are apolitical, areligious and nonsectarian,” said Malek.

Malek often takes people with him to see projects they contributed to. “These guys arrive to a village and everyone comes out to thank them. They get teary eyed. They feel the difference they are making,” he said.

In some other organizations, “when you donate, only a fraction is going to the cause, and sometimes you don’t even know exactly what the cause is.”

“We encourage donors to let us know when they are visiting Lebanon,” said Bitar. “We arrange a tour for their children that accomplishes two things: first, it introduces them to their country geographically. Second, it gives donors first-hand contact with their beneficiaries.”

With no end to Lebanon’s economic troubles in sight, SEAL is taking steps to enlist the next generation. It launched Friends of SEAL, an initiative for the younger generation of Lebanese- Americans. A recent night-out event in New York attracted 250 attendees under 30 years old. From this group, there are 30 who have been designated as Ambassadors of SEAL and will be encouraged to one day consider presidency of the organization. “We plan to have them elect one or two representatives who will be observers on the board to learn how we make decisions—hoping they will become ideal candidates for future board membership,” said Bitar.

Also, to make the gala affordable to younger participants, SEAL created a “drinks only” admission ticket so they can mingle and enjoy the entertainment, which has included big names such as the popular Lebanese indie band Mashrou’ Leila.

“We want to give them the same bug we have,” said Bitar, who fondly remembers “the simple life of my village — that’s what I miss most, and the warmth and hospitality that the Lebanese are known for.”

Bitar has been in New York for 34 years, but still feels he is “Lebanese before anything else.” 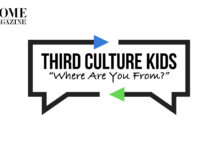 Third Culture Kids: “Where Are You From?” 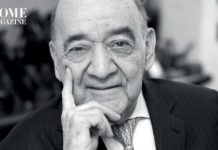