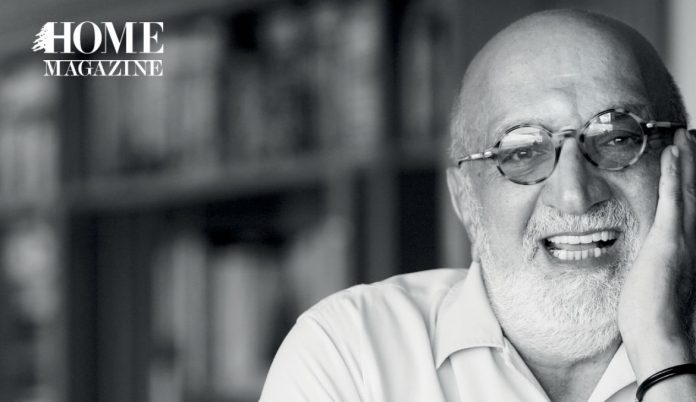 The Ballad of Maria Abdala, a remarkable novel by Juan Gossain, is written in a fine and elegant style. The story takes place at the beginning of the twentieth century when Lebanon was under Turkish occupation and going through violent times. A Lebanese couple decides to emigrate, and settle in a Caribbean town with an unforgettable name, San Bernardo del Viento.

The narrator happens to be the dead, son of the Lebanese emigrant couple, putting us straight into a world where the living and the dead coexist. Maria Abdala, the narrator’s mother and the main character, is a charismatic and well-loved woman who did not know a word of Spanish; however, she succeeded in becoming one of the outstanding characters of the town. A mother of four, her great beauty and strong character quickly surpassed the boundaries of the town, attracting all kinds of men and sometimes generating catastrophes impossible to predict.

The novel features the intimate relationship between the emigrant couple and the locals, which is fed by the contradictions between them.

Maria and her beloved husband manage to overcome great differences. They integrate with the locals and gain their respect, leading them to consider this piece of Caribbean land as their own HOMEland.

The representation of that feeling for the Caribbean land is one of Juan Gossain’s greatest achievements. But we must also note how the author conveys the growing maturity of the couple, and how the burning passion they used to have in bed during the first few years of marriage died down with each pregnancy until there was nothing left but hot ash, a warm and latent feeling. The book is a deep reflection on life experience and old age, the evolution of love and its changing faces, poetry and reality. It also documents the emigration of the Lebanese to Colombia and the inheritance that they passed on to their children.

What inspired you to become a journalist?

The funny thing is that I never intended to become a journalist, but a writer. At the age of 10, I wrote my first story at school. However, when I needed work, I was offered employment as a journalist and I accepted because there was no other option.

Can you tell us a little about your family?

My parents, Juan Gossain and Bertha Abdala, came from Zahle, the blessed land of Lebanon. We were five siblings; I have three sisters and a brother. My mother and my sisters were very influential in my life: they encouraged me to travel to Bogota, where I was offered my first job as a journalist. There I met my wife Margot Ricci, who is of Italian ancestry, and always gives me good advice. Women have been significant in my life; they have orientated and guided me.

Every writer or journalist has unedited material, sometimes waiting for an economic or other type of opportunity, anxiously waiting to see the light of day. Do you have any books saved that you would like to publish? If so, what are their titles?

I have written nearly two thousand pages of notes, drafts, and amendments. I have spent years trying to write the history of Arab emigrants in the Caribbean. I don’t know if I’ll ever publish it. I don’t even know if I’ll finish it. I have a provisional title: The Last Summer.

“Gabriel García Márquez, once said that “the appetite for power is the result of an incapacity for love.”

What other books have you published?

I have written eight books, four of which are novels: The Evil Plant, The Ballad of Maria Abdala, At the End of the Dream and The Death of Bolatriste. Three more are compiled from my chronicles: The Nostalgia of the Gannet, Today’s Chronicle and The Memory of the Gannet. Another is a strange book of loose phrases and diverse subjects, called Etcetera.

Let’s talk about The Ballad of María Abdala. Why did you choose this name? What advice would you give the main character?

That was the name of my maternal grandmother: María Millet de Abdala, the wife of Cecilio Abdala. They were also from Zahle. In San Bernardo del Viento, the Colombian marine village where they settled, everyone called her María Abdala. I named the novel after her because it is the story of all emigrants.

And what advice would you give her?

Wow: I would love for her to be alive to advise me, like she used to while she was watering her garden.

What is the best kept literary secret?

It is this: Why was Khalil Gibran never given the Nobel Prize?

“Culture is the largest sum of human capital, greater than gold, oil, and technology, and writers are the notaries who bear witness to that wealth.”

Since you have written so much about Lebanon and its people, when was the last time you visited?

That was in 1992, 25 years ago, with my wife. We went to Zahle to look for our relatives and found them. We gave them a hug that lasted two hours and we had lunch at their house. It was wonderful, going back to our roots.

If it were in your power to be obeyed as a ruler, what rule would you impose on citizens?

I would never be a politician or a ruler, not even in the hypothetical way in which you put it to me. A great Colombian writer, Gabriel García Márquez, once said that “the appetite for power is the result of an incapacity for love.” He was right. I believe that anyone who aspires to command men does so because he does not love them.

In the life of every writer there is a division, a rift between his life in the world and his life in literature. To what extent can a writer speak about what he has written and why is he considered a cultural creator?

Sooner or later, even though he makes enormous efforts to avoid it, every writer ends up writing about what he has seen and what he has lived, even if just partially. There is no better novel than life. As for culture, it is the largest sum of human capital, greater than gold, oil, and technology, and writers are the notaries who bear witness to that wealth, who help preserve it, and who make sure it is not forgotten.

“There is no better novel than life.”

If you were born again, would you choose the same life?

If I were to be born again, I would be the same as I have been, but perhaps I would dedicate a little more time to literature than to journalism.

I was asked by HOME to give this interview and I was thrilled that that request came from the land of my ancestors, the land of Lebanon, where King Solomon looked for the smell of cedar to give to his beloved. I have always said that I am the legitimate son of a kibbe and an egg-filled Arepa (well-known Colombian food). And here, in my land of Colombia, the people of the Caribbean have a beautiful saying, “blood weighs more than water.”