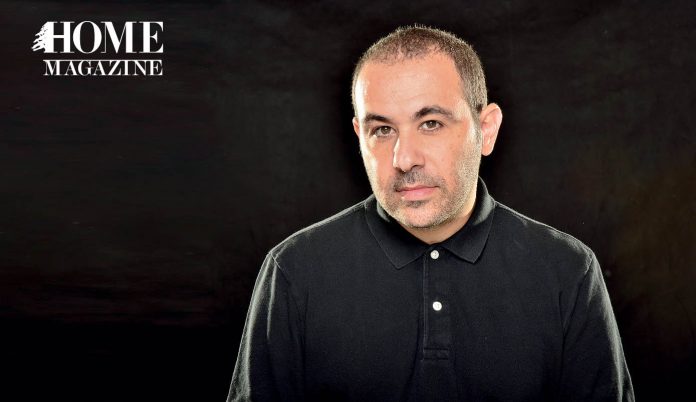 Lebanese director, producer, writer and artist Mahmoud Hojeij has a lot to say and knows how to use a variety of media to say it. The award-winning filmmaker is making his mark.

“The blindness. We’re all very blind. Maps. Loyalty. Happiness (or rather the myth of happiness). Connection is a big theme I think about. The ability to be inspired. The inability to be alone within your surroundings. Loneliness even when you’re surrounded by so many people. The definition and parameters of loneliness. All these local themes and concerns intrigue me,” said Mahmoud Hojeij, a talented, internationally award-winning filmmaker and contemporary artist with a passion for mixed media and photography. 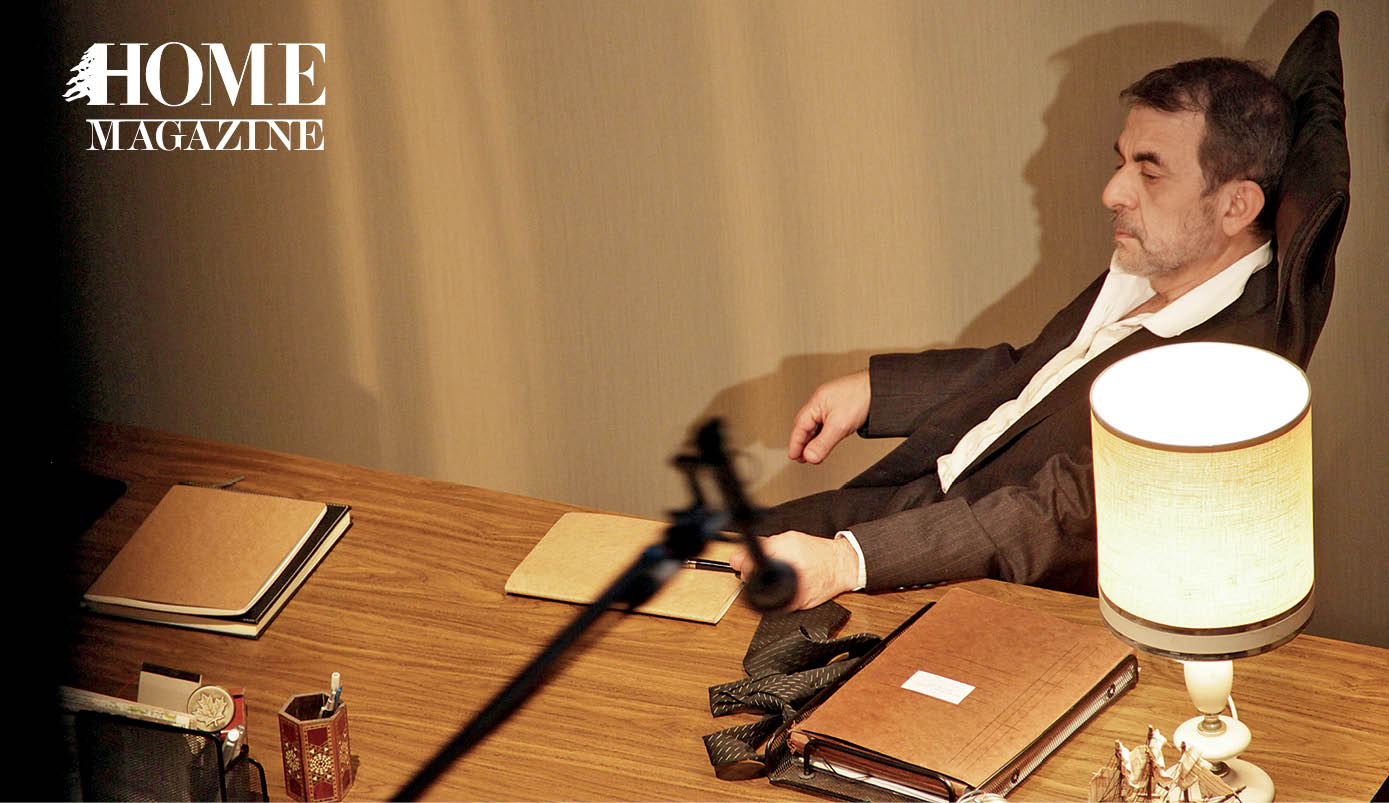 Born in Lebanon in 1975, Mahmoud Hojeij received his Ph.D. in media and communication from the European Graduate School in Saas-Fee, Switzerland in 2006, an M.A. in media studies from New School University in New York City in 2001 and a B.A. in communication arts from the Lebanese American University, Beirut, in 1997.

While academically he focused on media and philosophy, he made up for this by sharpening his film education through exposure to culture, reading about enriching topics, and discovering the works and thoughts of key filmmakers.

What makes Hojeij’s approach so thought-provoking and captivating is how he draws on his avid interest in  psychological and political contexts rather than merely focusing on technical aspects. 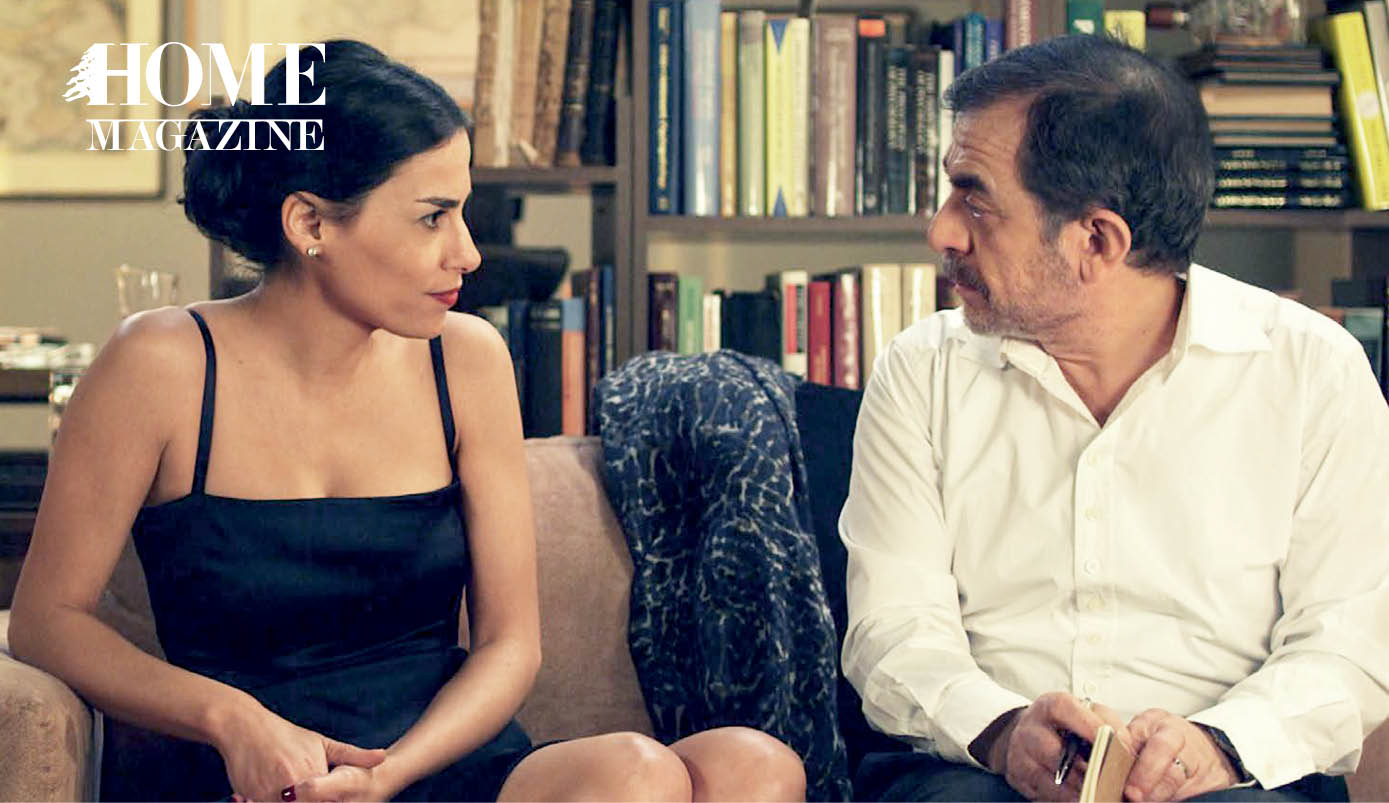 “Now I just make films because I want to. I don’t really think about how my filmmaking has evolved over the years or if I’m evolving. Instead I create.” And over the years he has definitely created and has succeeded in saying a lot through his films, while catching the eye of jurors at prestigious film festivals across the globe.

His short “Beirut Palermo Beirut” won the Golden Spire for New Visions Video at the San Francisco International Film Festival in 1999. As he explained, “This was my second short film. Before that, I did a film at university called ‘Once,’ which won the first prize at the Palermo Film Festival.”

“Beirut Palermo Beirut” is a reflection about coming back from Palermo and explores how it feels to win but feels very sad at the same time. “You expect to be treated differently, for doors to open, and to go somewhere with the acclaim, but in Lebanon, nothing happens. This experience is common to many artists, filmmakers, writers and creatives in Lebanon,” he said.

Another one of Hojeij’s shorts, “We Will Win,” was nominated for Best Narrative Short Jury Award at the Tribeca Film Festival in 2007. It depicts a funny attempt to solve the Arab-Israeli conflict through a game. 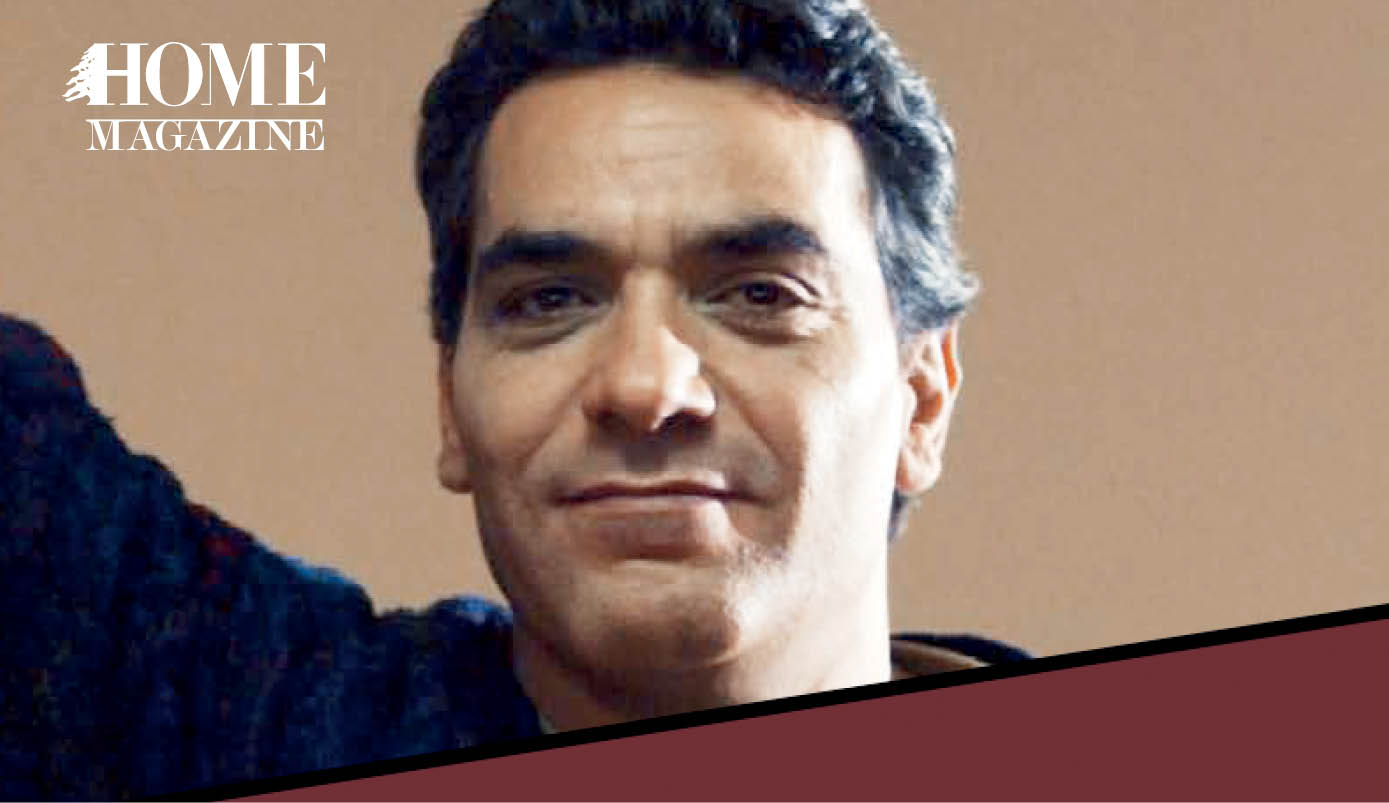 In 2012, his short “Impossible Exchange” was nominated for Best Short Film at the Berlin International Film Festival. Named after the book by Jean Baudrillard, this short captures the exchange between a tourist on a boat on the Nile River and a boy selling souvenirs on the bank.

Hojeij said his goal in this cinematic gem was not solely to delve into the taboo topic of mental health. “My interest in masks drew me to create this film. When do we reveal the mask? It’s not only about revealing yourself in a therapist’s clinic, but when and how you reveal your mask in private and other settings. Everyone is ultimately mentally ill in their own way.”

With an extensive list of documentaries and ads under his belt, in addition to short and feature films, Hojeij admitted, “Storytelling is always the biggest challenge regardless of the genre and format. The script. The content. Pinpointing what I want to say and what I want to share. The rest is technical.”

He said he enjoys working on ads “since there’s a special art to saying something in 30 seconds, but documentaries, shorts and features all have their beauty, and each has its unique set of challenges.”

“Loneliness even when you’re surrounded by so many people. The definition and parameters of loneliness. All these local themes and concerns intrigue me.”

According to Hojeij, the main obstacle to filmmaking in Lebanon is “the absence of creative producers. In other words, the absence of creativity in producing is the main challenge. We have more investors than producers. It’s very money driven, and even distribution in local cinemas is tough. There’s an absence of cinematic culture. Cinema is an industry. But this is not the cinema I am interested in. Nor is this the cinema I make.” 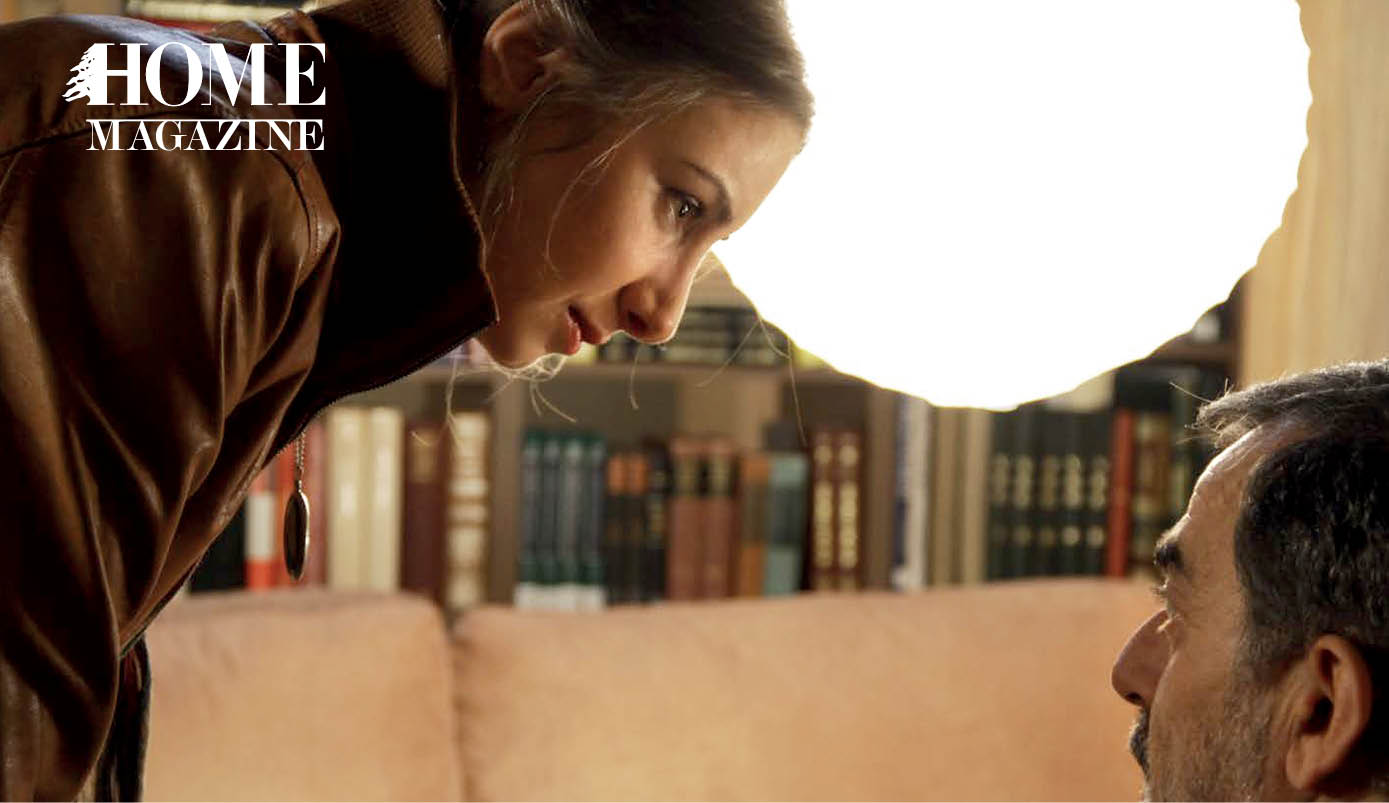 And true to his word, Hojeij is currently writing two scripts for feature-length films he plans to produce himself so he can enjoy full creative freedom.

A modern Renaissance man, Hojeij has also edited three books on photography, taught at several universities in Lebanon and published numerous articles on media. He is also an artist.

“Contemporary art is my favorite,” he confided. “The process is very enjoyable to me. It relaxes me and makes me happy.” He has exhibitions every couple of years at Agial Art Gallery and Saleh Barakat Gallery and is currently working on an exhibition. His contemporary art is usually tied to social and political topics: borders, limits, extremism, control and leadership. He also works with numbers and photography. “In fact, my contemporary art is based on photography and that in turn is based on angles, perspectives, light, etc., which tie back to film.”

While his work engages with the reality of his surroundings, Hojeij disclosed that “Lebanon is the place I live in. You need to figure out how to be inspired wherever you are living. You search for inspiration where you live. It happens to be Lebanon now. I call Lebanon HOME as I call New York HOME. Lebanon is my address at the moment.” And quite the address it is. 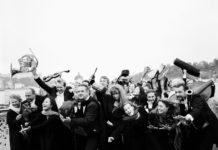 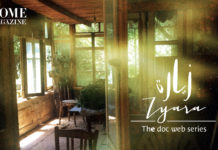 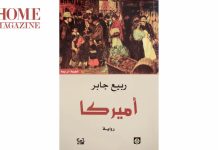