Dr. Mohamed H. Sayegh at the helm of AUBMC 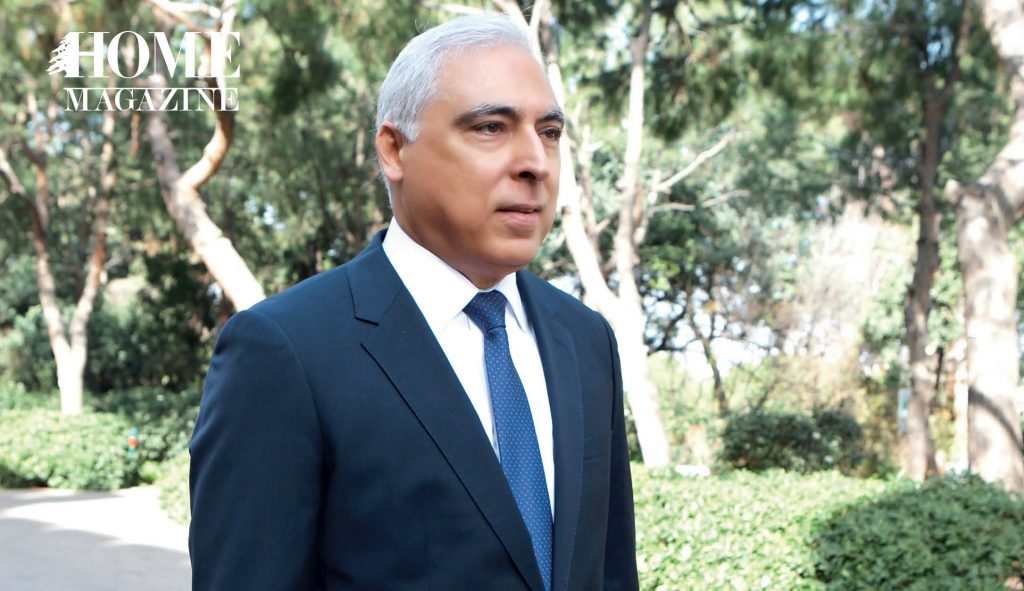 On the Saab Medical Library building, in one of the campuses of the American University of Beirut’s Medical Center (AUBMC), a large banner, which covers the entirety of the building wall, reads, “Great care is the best medicine.” Emphasizing the importance of dealing with medical issues with a humanitarian approach, the banner invites visitors of AUBMC to “explore a humanized medical complex.”We later learned from Dr. Mohamed H. Sayegh, Executive Vice President for Medicine and Global Strategy and Dean of the Faculty of Medicine at AUB and AUBMC, and our host for the day, that these phrases refer to the AUBMC 2020 vision, a project he initiated.

We arrived early to our appointment, and while we waited at Dr. Sayegh’s office, a framed Quranic verse, written in beautiful Arabic calligraphy, drew our attention; it read, “Are those who know equal to those who do not know?” This verse and other framed quotations gave us insight into what drives the prominent occupant of the office.

Dr. Sayegh graduated with a medical degree with distinction from this very university in 1984. He then left Lebanon during its brutal civil war and headed for the United States.He did his residency at Harvard University, and worked at its medical school from 2003 to 2009 as a professor of medicine and pediatrics and as director of the Schuster Family Transplantation Research Center at the Brigham and Women’s Hospital.

In 2009, AUB offered the multi-award winning physician a job, but also an opportunity to come back to make a difference. He was asked to consider returning to Lebanon as the dean of the Faculty of Medicine and Vice President for Medical Affairs, responsible for what was at the time the American University Hospital.Refusing to return as a random dean overseeing routine day-to-day operations, Dr. Sayegh presented a vision of how AUH should look by the year 2020. Pleasantly surprised by AUB’s commitment to this plan, Dr. Sayegh does not seem to regret his decision to come back. “This place has already been transformed from a hospital into a medical complex … we are investing in the infrastructure and we are expanding significantly,” he said.

The AUBMC 2020 vision is simple, but ambitious,” Dr. Sayegh explained. “That is, not only do we want to be the best in the Middle East, but we also want to compete with the best medical centers in the United States; we want to be the Harvard of this region.”The vision, according to Dr. Sayegh, has six pillars:

The Medical Center is “the best medical school in the region for the fourth consecutive year by Q.S. University Rankings, considered one of the most prestigious university ranking organizations.”

Dr. Sayegh explained how AUB has earned this ranking by investing in each of the six pillars. In addition to spending more than $10 million per year to help patients in need and hiring around 180 new faculty members since he came on board, the doctor stressed that AUBMC is “sending people to train abroad, is giving promotions to its employees and is investing in robotic surgery, an Electronic Health Records System and several other technologies.”Dr. Sayegh stated that AUB is now the number one private employer in the country. “The total number of employees is close to 6,000. There are 3,000 employees at the Medical Center alone, including around 1,000 nurses.

“This large body of staff has allowed AUBMC to receive approximately 400,000 outpatient visits a year and around 50,000 admissions to the hospital. While recruiting, operational efficiency was kept in mind, allowing us to save time and energy and to become more productive.

”Even though AUBMC is a private employer, Dr. Sayegh emphasizes how it is “more of an academic medical center,” pointing out that they they “get referrals from other countries like Iraq and Syria,” which is why they see AUBMC as a regional hub for medical care.

Dr. Sayegh also said that AUBMC was the first in the world to provide conflict medicine in a non-conflict zone.

He recounted the story of Dr. Ghassan Abu Sitteh, the physician in charge of this program, who was treating the wounded in Gaza as we were speaking. “We provide services free of charge from donations that we get … the more donations we receive, the more people we can help,” he explained.

Competitiveness greatly influences Dr. Sayegh’s outlook as well. “I recall an incident when I was at Harvard. Someone from AUB was asked how they were competing with other emerging institutions. The AUB professor at the time said, ‘We don’t have to compete; we are AUB!’ A professor at Harvard, who is originally Lebanese, responded ‘What do you mean by that? Even at Harvard we compete!’According to Dr. Sayegh, competition is constructive and supports the improvement of the local and regional medical scene.

The vision, like any other, is to overcome challenges, from government stagnation and bureaucratic red tape in our public system to the lack of appropriate organizations and foundations to support research.

Lebanon is not an easy country to live in. Every single thing you do needs a lot more energy. “In the U.S. the ratio of outcomes to energy spent is higher. But this is okay,” explains Dr. Sayegh. “Challenges make the implementation process more exciting and encourage us to improve our efficiency measures.

”Although Dr. Sayegh was successful in recruiting new people, professors who are recruited would want to put their children in school. “In the U.S. they would pursue you to put your kids in their schools, whereas here it is very challenging to get acceptance!”Regarding patient education, Dr. Sayegh believes that the media and internet play a positive role in expanding patients’ knowledge of what they are going through, “yet it takes a lot of effort to explain to them what they need to do and how to follow up on their situation.”

Automated medical records and the introduction of Pyxis System

Although AUBMC still relies on printed medical records, it is now moving toward the digitization of all documents. “More than a year ago, all North American institutions decided to move to automated systems, a process that requires a lot of money and effort.” Wanting to head in the same direction in Lebanon, Dr. Sayegh said that he has assigned more than 100 people to work on replicating this project.

Come November 2018, Dr. Sayegh revealed that paper and pencils will no longer exist in the hospital. Everything will be electronic. AUBMC will become the first Medical Center to adopt the newest generation of and most advancedElectronic Health Record System in Lebanon (EPIC). “A prerequisite for this milestone is providing an electronic dispenser for medications. The Pyxis System ensures efficiency and that there will be no errors, no overdoses and no mis-prescribed medications.” Dr. Sayegh added that AUBMC would be the first hospital in Lebanon to introduce this system.

Apart from medicine, Dr. Sayegh is a natural leader who fosters a team-oriented culture. He has learned many life lessons based on his plethora of experiences, and is eager to share them.

He believes that a word from a superior at work could change someone’s day for better or for worse, and that is something to be kept in the mind of the superiors. “We have been introducing functional teams instead of hierarchies,” Dr. Sayegh told HOME Magazine, “cross-utilizing the diversity of talents and helping everyone reach their greatest potential.” It’s not rocket science: leaders should believe in giving credit to the team; they should capitalize on the positive and manage the negative. If you were to fire everyone with a problem, you will end up firing everyone!”

Dr. Sayegh believes in encouraging doctors to train or study in the United States, Europe and other regions around the world to gain more experience. “They could serve as our ambassadors abroad, and if I had the capacity I would bring those talents back later on.”

Creating a culture of support and appreciation in Lebanon

“What I learned during my time at Harvard, and in the U.S. in general, is that if you are talented, you get support, irrespective of who you are. I want to spread this same culture here.”

“To be magnanimous is to think of others before you think of yourself. The more magnanimous you are, the more successful you will be. Largesse toward others can only lead to prosperity.”

Self-described as a very strong believer in human tolerance, Dr. Sayegh derives this principle from his own fields of work and research in nephrology, the medical specialty concerned with kidneys, and immunology. When a patient needs a transplant, these fields inform medical practitioners about how to increase the body’s tolerance of the foreign organ. Otherwise, the patient will die. This example offers lessons for society, he said. “Immunological tolerance means making a human body accept a foreign object. This, when translated into simple terms, helps me understand the necessity of tolerating others regardless of what they believe.”

“I still believe that Lebanon is the most beautiful country in the world. People here are extremely talented. And even though we have many problems, we are equally as ambitious and educated, and diversity is a tremendous bonus.”“We are a small yet impactful country. When we leave, we all want to come back 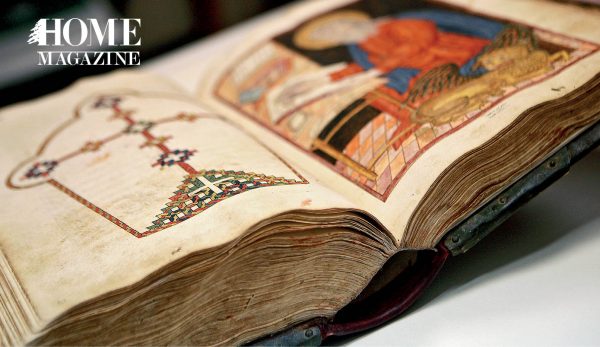 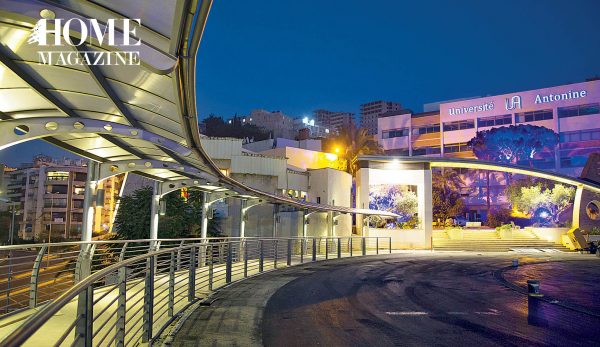 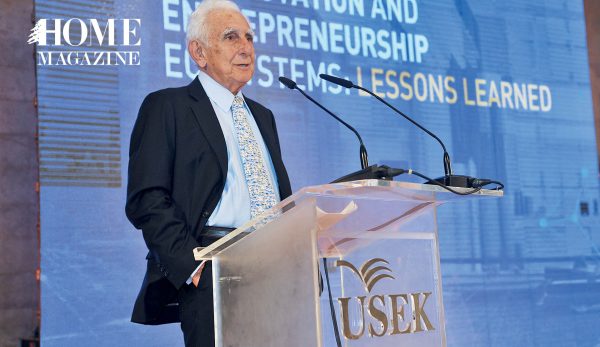 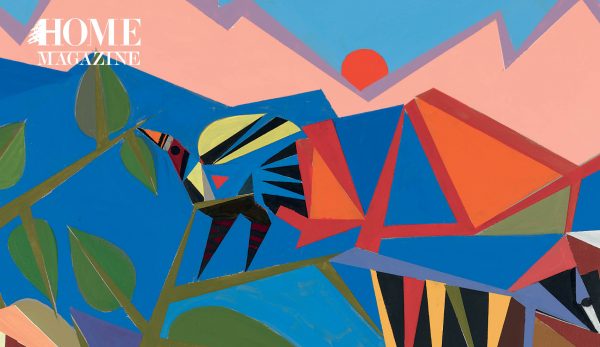