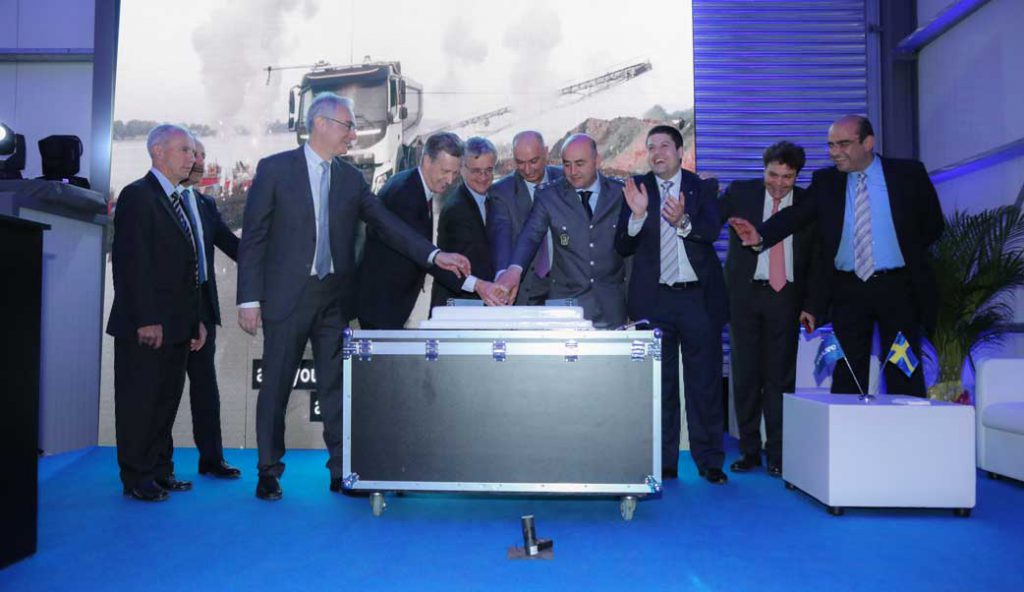 A new workout space has opened in Saifi Village for those who like their workouts high octane and a little bit different.

Opening a heavy door to a darkly lit room with music pumping and sweaty bodies gyrating to the beat, one could be forgiven for thinking you have entered into some variety of nightclub. However, the people here are after a different kind of buzz. This is Exhale, a personal fitness space with its finger on the pulse on the latest trends in exercise. “GOOOO” the instructor roars and in response the willing members of the spinning class begin to pedal frantically.

Spinning is gaining traction as one of the most popular forms of exercise all around the world. This is largely because it is “high energy but low impact” i.e. it’s exhausting but doesn’t cause your joints or limbs any stress. The chicest and most professional spot to get peddling in Lebanon is Exhale. Located on the ground floor in Saifi Village, the gym is modern and tasteful. The shop front is easy to spot because of its enormous windows, through which biking clothing, lockers and a state-of-the-art specialized racing bike are all very visible. The Saifi Village surroundings are of the French colonial vernacular, with cobbled streets and a small square, harking back to a part of Beirut almost totally lost in the Civil War.

Sports in Lebanon have not always been so popular, as co-founder Hania Marshi Bissat explains. “In Lebanon people like to talk about exercise more than they like doing it,” she laughs. To set themselves apart they decided to get certified instructors, trained by a master certifier brought in from the U.S. Bissat credits May El-Khalil, president of the Beirut Marathon Association, as being instrumental to the improvement of fitness standards in Lebanon. “She was a big part in making people look at fitness in a new way. The corniche used to be just people with nargile or smoking as they walked, now people are getting up early to run along it.”

Bissat envisions her specialized gym as a community of like-minded people and explains this with the statement, “When you sweat together, you bond together.” People attend the classes for different reasons, some just to lose a little weight, others are training for a marathon or triathlon. “Most people want to come and work through their problems but through exercise.” As the gym is relatively small, everyone gets to know each other and so there is a communal feel.

“When you sweat together, you bond together.”

They have 30 bikes and classes targeted toward people of all types, beginners and veterans. Along with spinning they have private classes for functional training such as yoga, boxercise and TRX suspension training. “There are no machines, the exercises use body weight and small weights,” Bissat explains.

The cycling classes are either 45 minutes or an hour long and each one is themed with an ultimate goal. Accessible to all levels of fitness, a class might be a pyramid, an interval class or ride on a specific mountain. There is an element of choreography to the workout, each class has specific music to accompany it. Different instructors have different tastes in music. “There is more freedom with spinning,” Bissat says, “other instructors like the ’80s oldies where as I prefer heavy instrumental beats and current pop music.”

As to be expected, this latest trend in global fitness is accompanied by the latest technologies. The newest bikes have a console that shows you your cadence (how fast you are going) your resistance (how hard you are pedaling), and the wattage (the power you are exerting). The software can show you a simulation of a road and where you are, in relation to your classmates, on the course. You can also challenge your peers individually or in a team, to add a sense of competition.

Bissat has a background in fitness and opened a gym in Sassine in 2004. “Fitness and exercise is my passion. I had a hard time convincing my father that after a degree and a masters the best thing to do would be to teach people sports,” she laughs. She has lived abroad for 18 years of her life in Greece, Switzerland and the United States, and was able to “get onto the wavelength” of all the people she met in these different countries. But it was only when she came back to Lebanon that she felt after four years she was at her own wavelength, she was HOME. “I had never felt this before, I didn’t know I was missing Lebanon until I got back to it .”

Functional training helps provide you with the strength, stability, power, mobility, endurance and flexibility that you need to thrive as you move through your life and sports. You use basic functional movement patterns like pushing, pulling, hinging, squatting, rotating, carrying and gait patterns (walking and running) every day. Functional training utilizes exercises that improve your movement proficiency in these primary patterns to give you an edge and enhance your performance so you can achieve your goals safely and with good health.