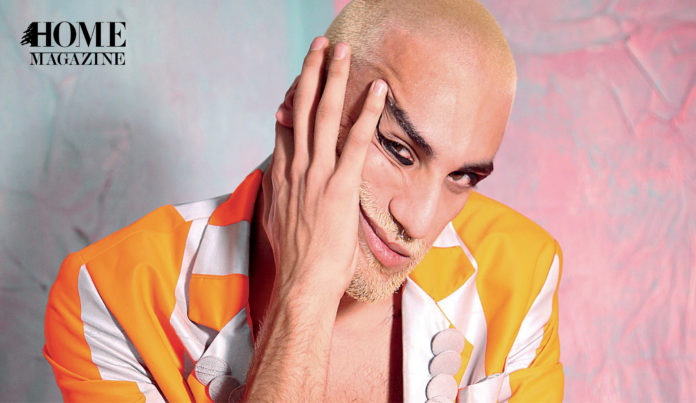 Omar Sfeir creates unforgettable experiences for people looking to escape the dullness of everyday life through costumes, photography, and fantasy.

Le Marchand de Rêves is a platform that combines vintage fashion and uniquely constructed photo booths. Think of each photo booth as an elaborate dressing room or theatrical set that contains an extensive range of costumes. Clients enter this booth and select the outfit they desire — either on their own or with the guidance of a stylist. After the outfit, accessories, and props have been chosen, the client also gets their hair and make-up done to complete the look.

Once there, one can channel their inner Marie Antoinette, pirate, ballerina, or perhaps even the Marquis de Sade! Visitors just have to wish for whatever personage they want to become, and their wish will be granted. 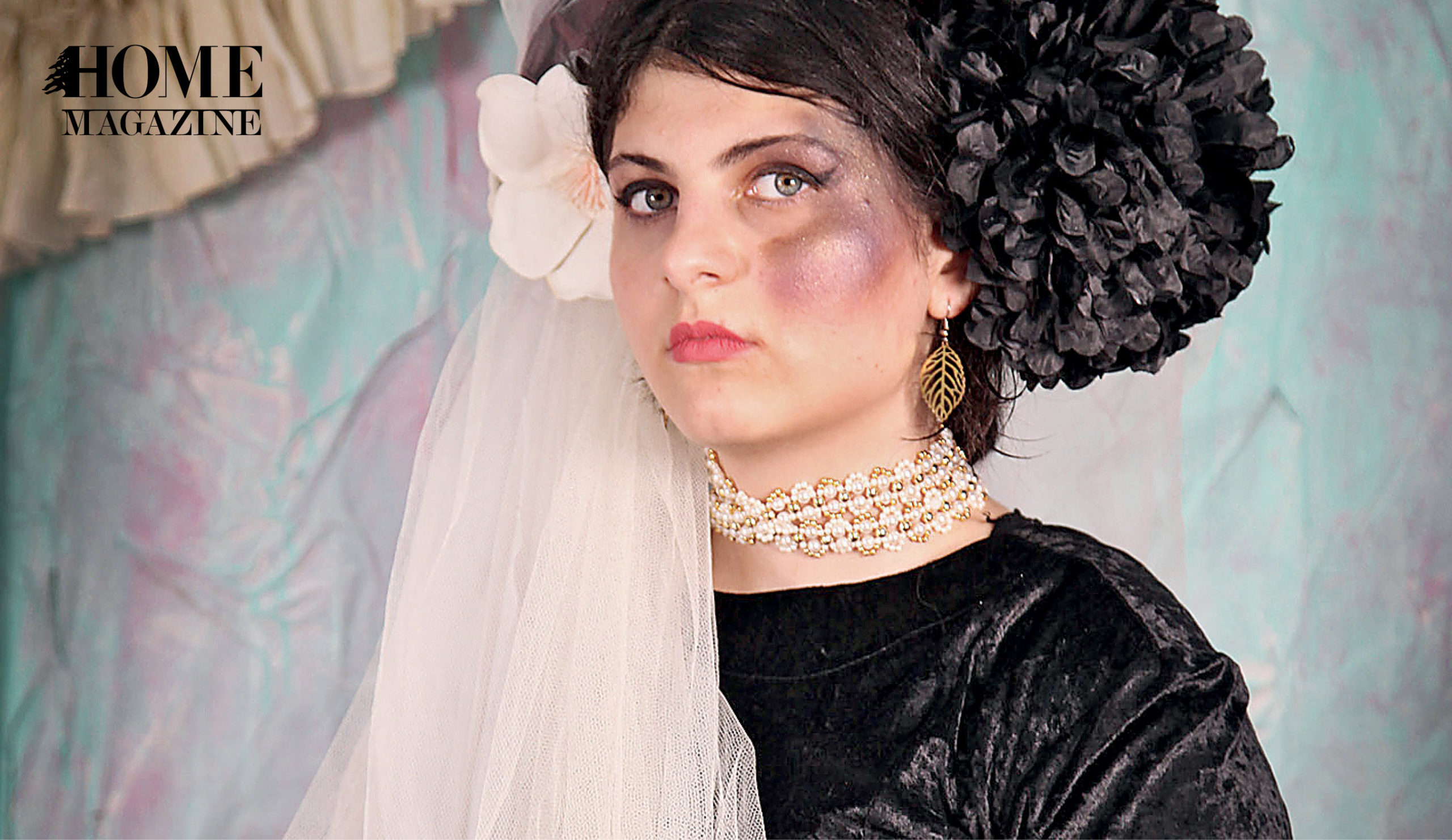 In order to capture the uniqueness of the experience, a professional photographer steps in to snap artistic, high-quality photographs. “The photo souvenir serves as a reminder of what your reality could be if you only dared,” says Sfeir, who is often the designated photographer for the photo booths.

“I want to spread freedom through fantasy.”

“The aim is to bring out the individuality of people and break the ‘normality’ surrounding them,” says Sfeir, who is also a photographer and filmmaker by trade. “I want to spread freedom through fantasy.” 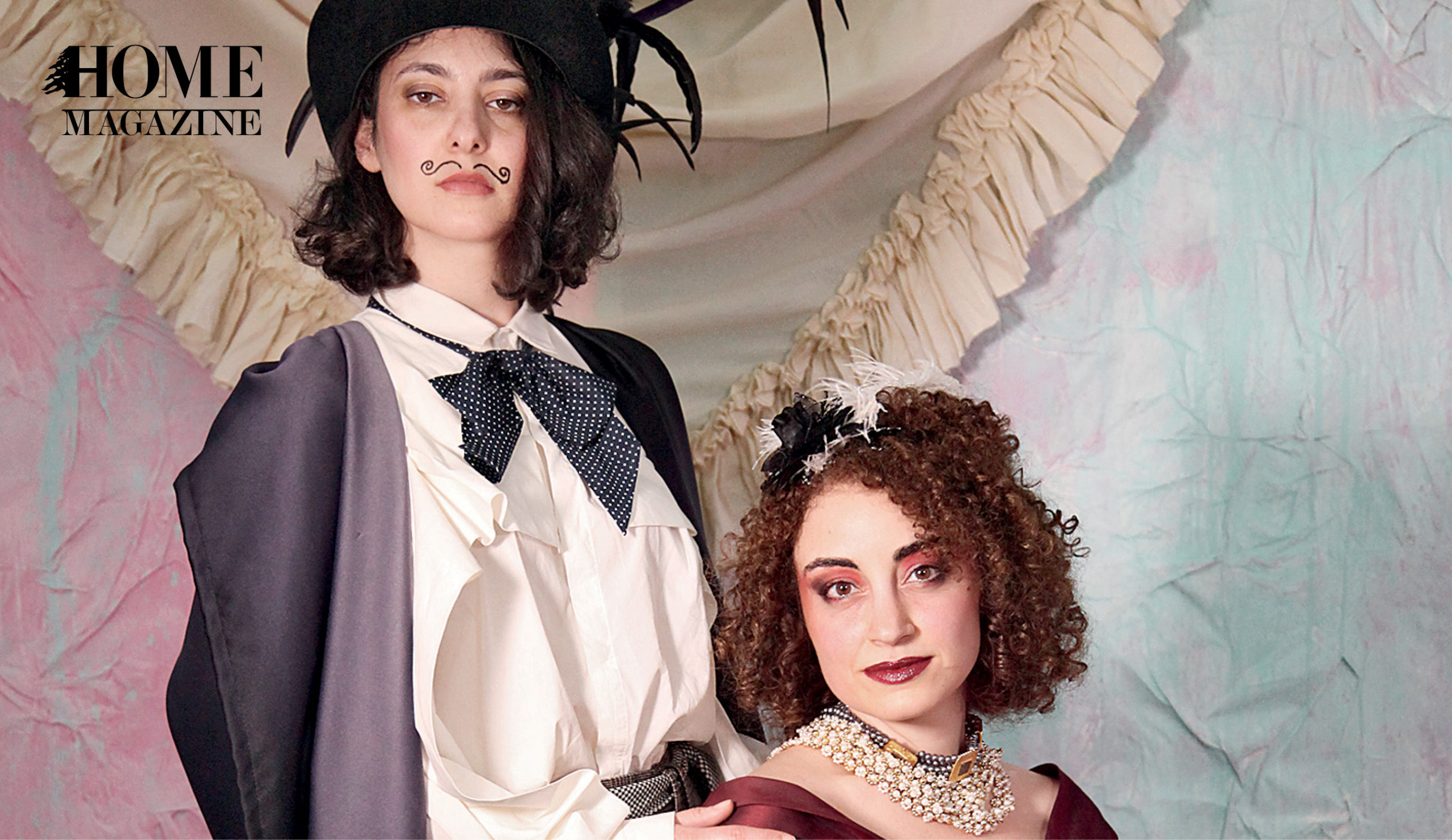 Le Marchand de Rêves is also a fashion brand, selling expertly curated vintage clothing and accessories. Sfeir has been collecting unique costumes and pieces for a decade. Many items are purchased during his travels, some in vintage markets, and others are made to order from local tailors. “We curate unique items for people to buy at extremely affordable prices, so people don’t need to buy expensive designer brands to look unique,” explains Sfeir. While the photo booth offers pure costume pieces, the vintage fashion line flaunts ready-to-wear items with some flare and fine-tailoring. “We offer pieces with unique cuts, style and fabrics. For example, we may have a piece from the 1950s, a shirt with a 1970s pattern, or a vintage Chanel style, dress with ruffles,” says Sfeir.

Omar Sfeir was never destined to follow a conventional path. As a young child, he always played dress up at HOME using whatever fabrics he could find, whether from lamp shades, carpets or items found after rummaging through his parents’ wardrobe. “If a guest just stepped in or even the plumber, I would insist they wear one of my costumes before they entered the rest of the house! Neighbors, friends, and relatives would all get my costume make over too. No one was spared,” he laughs. 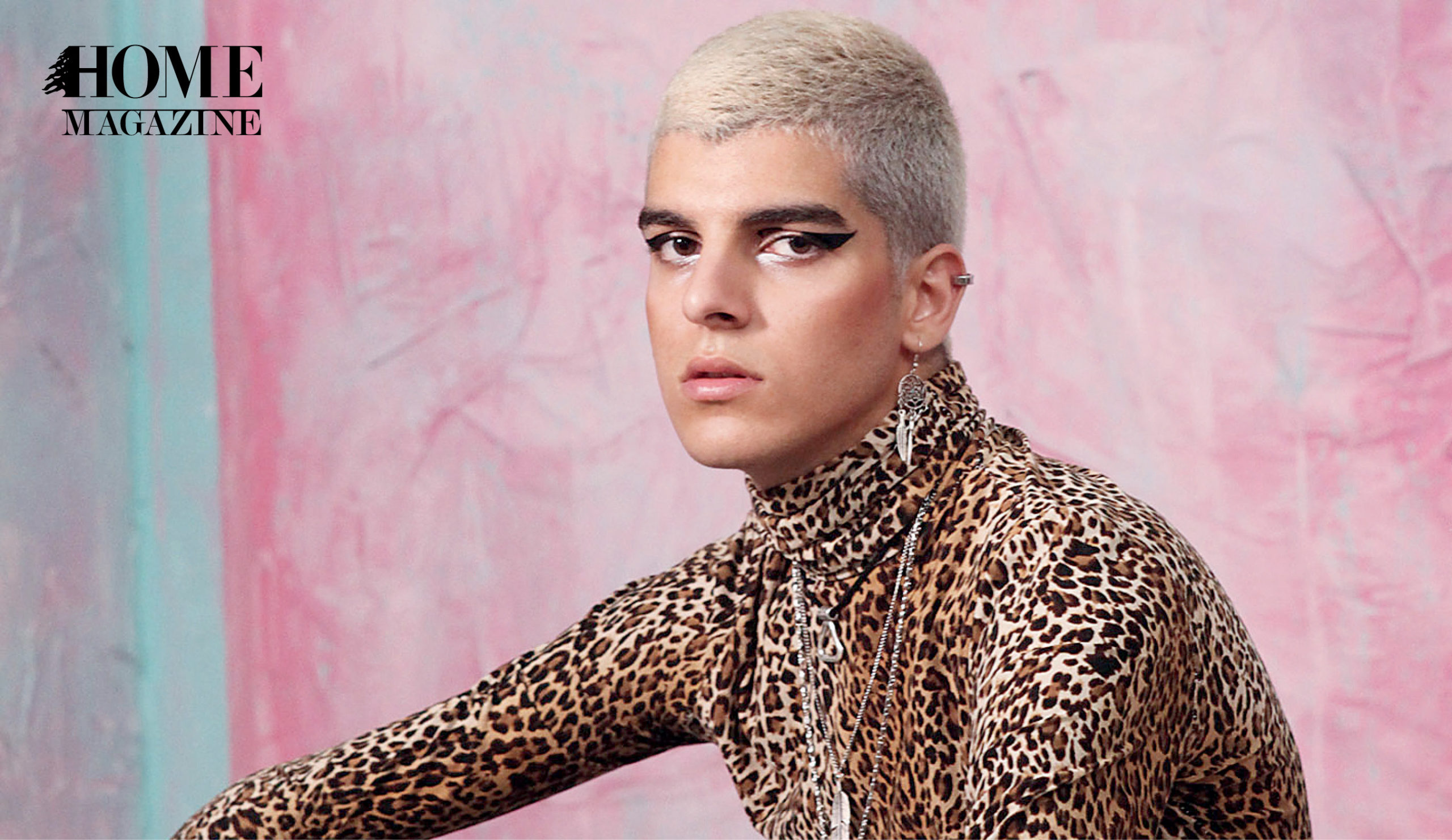 About one year ago, the concept came into being through Sfeir’s need to inject ideas of dreams, escape, and fantasy into a world that sometimes lacks imagination. “I just wanted to add some color, fabrics and extravagance to life! A person who works everyday from nine to five in a bank can come to the booth and play dress up. For a brief moment, people can escape and embody a persona that they cannot express in their normal lives,” says Sfeir.

Growing up in a conservative entourage in the Mount Lebanon district of Keserwan and attending religious schools, Sfeir always felt alienated from his surroundings. “Many teachers and students thought I was strange or just weird. I would arrive with clown boots or my hair dyed green,” says Sfeir. “I needed to prove that difference deserves to exist.

He went on to study film at Université Saint-Joseph de Beyrouth (USJ) and later pursued his studies in Greece at the Aristotle University of Thessaloniki. In Greece, he was given a white canvas to do whatever he wanted. Being in a new setting and feeling anonymous, he became more courageous to try new things and become more expressive in a way that he could not do back HOME. Upon his return to Lebanon, Sfeir was determined to start a project that merged this desire of being free, says Sfeir. “They should not need to travel in order to live it.”

Something that has touched Sfeir deeply is how people become more comfortable with their bodies after the experience. The experience apparently has a therapeutic effect on people. “I had a woman who was slightly plump and was initially scared to dress up in anything tight or revealing,” says Sfeir. “She wore a ballerina outfit with a tutu skirt that day. Later, she told me, thank you! This experience made me love my body more.”

Out of sheer curiosity, a man dressed up as a woman for the first time in the photo booth, later revealing to Sfeir that he was thankful for this experience which allowed him to be in touch with his “feminine” side and unafraid of being whoever he wants.

“People can dance, pose, sing, and be how they like,” adds Sfeir. “We also play music in the photo booth and create a real festive environment.”

Le Marchand de Rêves participates in many events throughout the year. The main one is their own annual photo booth event, where guests are invited to a designated venue. The booth pops up at music festivals, as well as private events, such as weddings, hen nights, birthdays, and themed corporate parties. 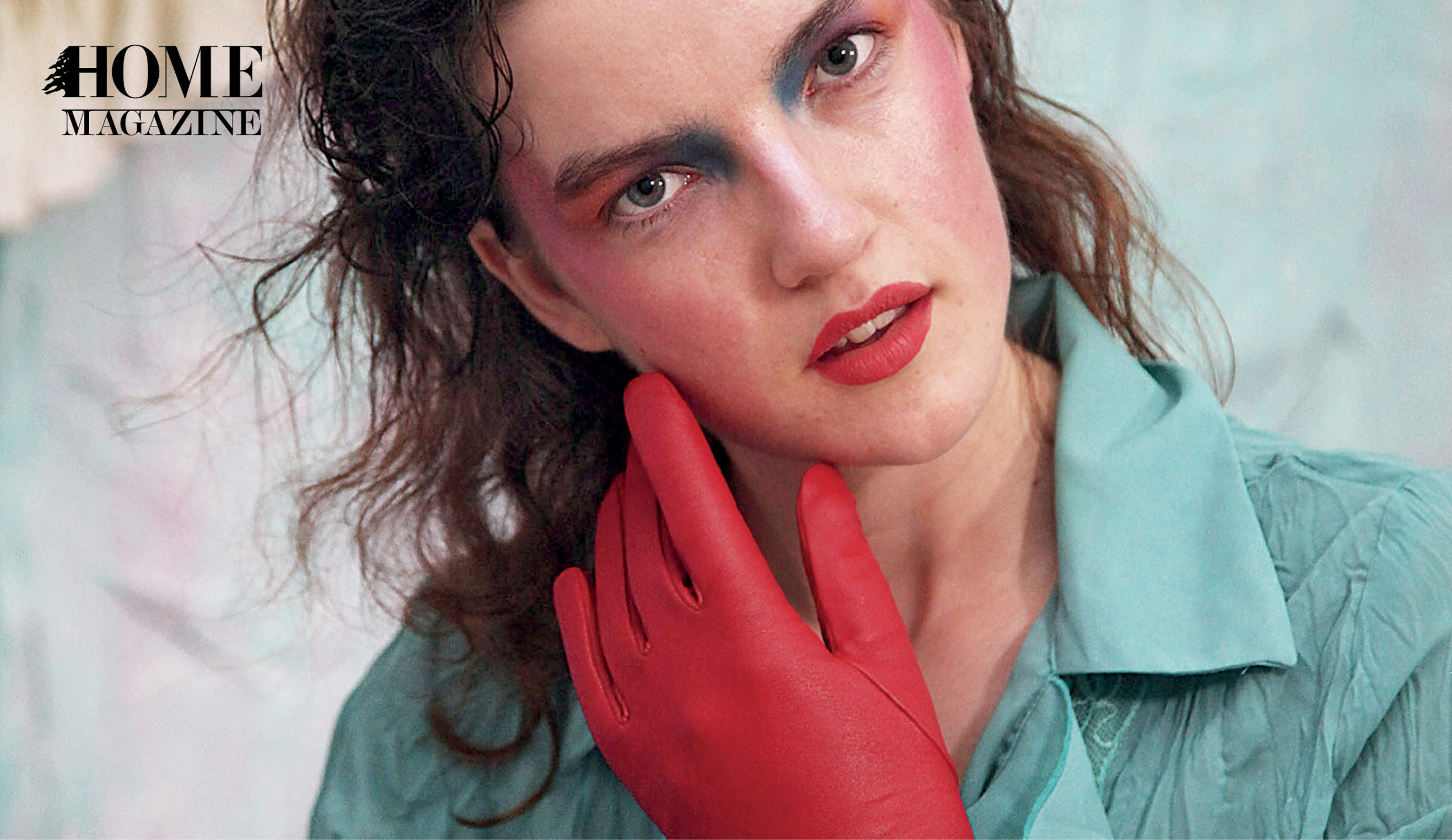 The name was actually inspired by L’Uomo Delle Stele [The Star Maker, 1995] by Italian director Guiseppe Tornatore. In the film, a con artist poses as a movie agent promising fake dreams to Sicily’s residents with his touring caravan. “Of course, I am not giving people fake hope, like in the movie,” says Sfeir. “But I liked the idea of the caravan and giving people this dream or hope to be whom they want which resonates strongly with me.”

So, where does he plan to take Le Marchand de Rêves? “I would love to make it a moving caravan going from city to city, even to other countries. I also want to make it into a film, where I document moments and tell the stories of people that I meet as we travel,” says Sfeir. “At the end of the day, we all have dreams and that’s what I want to explore in others. The costumes are only here as a stimulus. 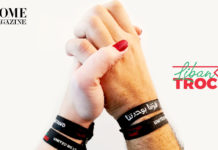