An Avid Reader from HOME 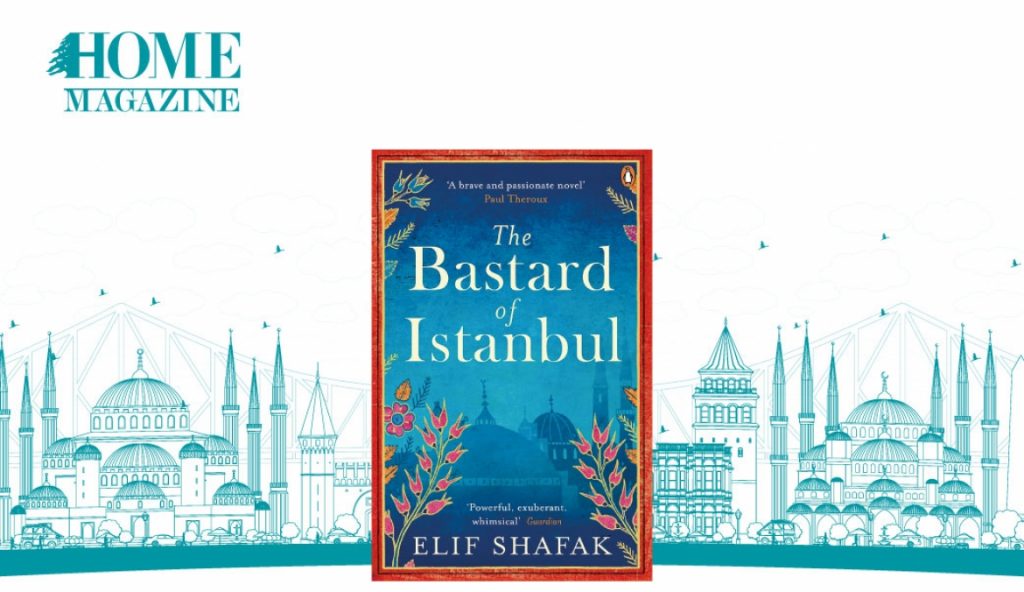 Elif Shafak is a Turkish novelist, a master storyteller, outspoken, daring and independent. These qualities have got her into trouble with the Turkish government more than once. She was charged by the Turkish state for insulting the country’s history, heritage and identity, due to some parts in The Bastard Of Istanbul, a charge that almost threw her in prison for three years.

The Bastard of Istanbul is a novel that centers around two families. The Turkish Kazanci family, consisting of Asya, a 19 year old woman (the bastard), her mother and her three sisters who all live together in one household in Istanbul.

The second family is an American Armenian family, living in the United States. The head of the family is none other than the only brother of the Kazanci sisters, Mustapha, who left Turkey many years earlier and now lives with an American woman, who has one daughter from a previous marriage to an Armenian man. The daughter, Armanoush, is 19 and feels that part of her identity is missing. In order to start living her life, she feels she must journey back to the past and secretly flies to Istanbul, finds the Kazanci sisters, and develops a friendship with Asya.Through this friendship, a secret is eventually uncovered that links the two families together and ties them to the 1915 Armenian genocide.

For one criminal, it was a crime committed by a state against the Armenians, while for the other culprit in the novel, it was an intensely personal crime.There are subtle parallels throughout the book, between the country and the criminal. The character’s method of dealing with his crime was to run from it using distance, time, and denial to erase the guilt. Ultimately unsuccessful and doomed, Shafak seems to be suggesting that like the criminal, Turkey, with its clamp down on the press and opposition, hopes the crime will go away over time, sadly misleading itself and its people.

I adored the Kazanci family, a potpourri of women, Zehila, Banu, Cevriye and Feride, each more spirited than the other; opinionated, independent, superstitious, hypochondriacs, clairvoyants, all thrown into one. They felt real to me, as if I was sitting with them in their living room, sharing in their conversations. What stood out were the similarities with Lebanese women and families, the customs and behaviors of a region like ours, obsessed with food and its healing nature in any circumstance. The description of their meals, made my mouth run and my curiosity took me on a culinary adventure with no end. This book is full of vigorous, unforgettable female characters. These women made me laugh and cry. You share in their celebrations, in their mourning, victories and defeats, thanks to Elif Shafak’s sublime writing.

The beginning of the book was a bit confusing, with a constant change in time and place. Shafak tends to jump around a bit, making it difficult to get into, but hang in there, and it’s well worth sticking with it. The author has a multitude of works that back up her enormous talent, but The Bastard of Istanbul is and will always be one of my favorite books.