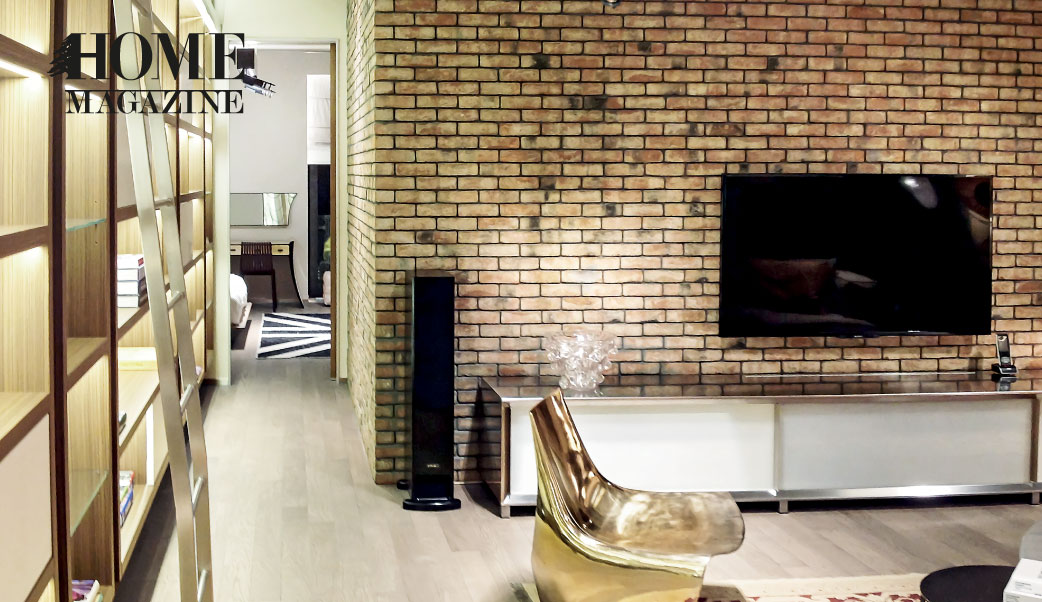 William Sawaya, a Lebanese-global designer, and his business partner Paolo Moroni, design gurus, discuss what it takes to be a designer in the modern world.

William Sawaya is undoubtedly the father of Lebanese design and the pathfinder in the design industry.

In 1974, Sawaya, armed with an architecture degree from Beirut’s Institute National des Beaux Arts, moved to Milan, the world capital of design. Ten years later, he and his partner Paolo Moroni founded Sawaya & Moroni, a design company that specializes in three lines of business – architecture, interiors and product design.

Since the company’s founding, Sawaya’s career has flourished, and his furniture designs have been exhibited in museums across the world, including the iconic Museum of Modern Art in New York, as well as in numerous public and private collections.

As a company, Sawaya & Moroni has recently completed architectural projects in St Petersburg, St Jean de cap Ferrat, Singapore, Athens, Sardinia and Saudi Arabia, and it has ongoing projects in London, Bangkok, Moscow and Rome. Sawaya & Moroni has also collaborated with the world’s top designers, such as Michael Graves, Jean Nouvel, Daniel Libeskind and the late Iraqi-born British architect Zaha Hadid (to name but a few). Indeed, one of Hadid’s last furniture designs was for the company – an elegantly curved Mew table made from molded polyurethane plastic.

With a showroom in the heart of Milan, the company has become famed for its clean-edged, streamlined and syrupy-angled furniture designs.

Sawaya has revolutionized the work of furniture design companies, leading the industry to engage a range of artisans to make only however many required of each item designed, thus moving away from only industrial-scale production.

Now on the cusp of opening a showroom in Lebanon, Sawaya and Moroni met with HOME magazine and, over cappuccinos, discussed Sawaya’s HOMEland and the design industry here – an industry Sawaya has been visibly encouraging for 20 years.

At Sawaya & Moroni, Sawaya is the artist while Moroni handles the business side of affairs, but that doesn’t mean Moroni, a self-described “devil’s advocate,” has nothing to say about design. You need someone to criticize and interrogate your work, they agree. This ethos of necessary criticism perhaps drives some of their remarks on contemporary Lebanese design. While proud of what Lebanese designers have achieved since the early 2000s, both Sawaya and Moroni say that some Lebanese output suffers from “superficiality.”

“They should go deeply into subjects,” he says, and avoid what is “flashy.” Sawaya, who believes that “design is in everything in daily life,” dislikes “the banal forms and the obvious things.” “Without giving up to practicality, I always elaborate the concept through reinventing its form,” he says.

He suggests young designers “build their personal memory of design” to ensure that what they create isn’t simply a replica of something “done 20, 30, 40 years ago.” Sawaya also advises that they become “more technological through the use of contemporary machines and materials, and more keen about sustainability, even though this is still a bit difficult in Lebanon.”

Moroni adds to Sawaya’s advice, but first stresses: “We do not have any secret recipe that we can give to anybody.” What aspiring designers need to remember, he contends, is that “design is sacrifice, design is engagement, design is research” and that if you “work hard (and) sweat blood” you will succeed.

Later in our conversation, Sawaya attributes his own success to the quality of his work alone: “(When I arrived in Milan) I saw that it was not true that if you are from the Middle East nobody will allow you (to succeed). … If you have something to say that’s good to be heard, they will hear you.”

Two decades after founding Sawaya & Moroni, Sawaya, by then a much-lauded figure in the industry, pointed the spotlight at young designers from his HOMEland when he organized the “Switch on Lebanese Design” showcase at the 2004 Salon du Meuble in Paris.

“I had carte blanche to the Salon du Meuble … they invited me, … you decide what subject you would like (to showcase),” Sawaya says.

“So I said okay, I will do it about Lebanese designers.”

Sawaya’s initiative attracted more than 200 applicants, from which he, with the collaboration of Christiane Tawil and Nayla Romanos Ilia, chose only 20 to be exhibited in Paris.

Among those designers, Moroni points out, were Rabih Keyrouz, Milia Maroun, Karen Chekerdjian, Raëd Abillama, and Nada Debs. “They were spotted because they were excellent professionals and had something more to express,” Moroni says.

In the more than 10 years since the show, the world has certainly been switched on to Lebanese design, Sawaya says, but the industry in Lebanon is still extremely curtailed due to the lack of industrial manufacturing facilities. “Until today, Lebanese industrialists have underestimated the design culture power, and have not investigated or invested into the design field.” “This makes most of the design here a bit folkloristic … all of the pieces are the edge limit of what a hand can produce, there is no real design synergy,” Sawaya says. “(The designers) have very good concept, good academic preparation, very good invention … but they have the limit of the manufacturing.”

He also warns designers against producing their own pieces: “The problem of Lebanese designers, why they are not becoming international even though they deserve it, … is that they auto-produce their pieces which makes of them direct competitors to the industries.

When a piece is already on the market, no company is likely to want to add it to their collection.

Moroni believes such problems could be addressed if Lebanese designers had an official, governmental institution backing them and their startups. Sawaya proposes that such an institution sit between the Ministries of Culture and Industry.

This year Sawaya & Moroni will open its first showroom in the Middle East, at the Aïshti seaside mall, but the company has carried out very few projects here so far; however, Sawaya expresses enthusiasm at the notion of designing a public building in Lebanon.

Sawaya struggles to describe his relationship with Lebanon. He comes here four or five times a year, but never asks himself why. “I just come back. It’s my roots, it’s my country,” he says, adding: “Lebanon is a disease. If you have it once you can’t be immune after that.”

As an architect, Sawaya can, however, articulate his dissatisfaction with “the wild construction” in Lebanon over the past few decades.

“I feel (like I’m) really bleeding when I look around. (There are) very few examples of good architecture … it’s just boxes – commercial, cement boxes. I can understand it along the littoral, for commercial reasons, but when you go inland you see the country covered in unfinished concrete boxes. How can they allow this, really?” he asks.

On the flip side of that, he praises the young Lebanese. “I see a lot of very well-prepared professionals in all fields. Culturally (and) socially,” he says.

Architects they have worked with:

Designers they have worked with: