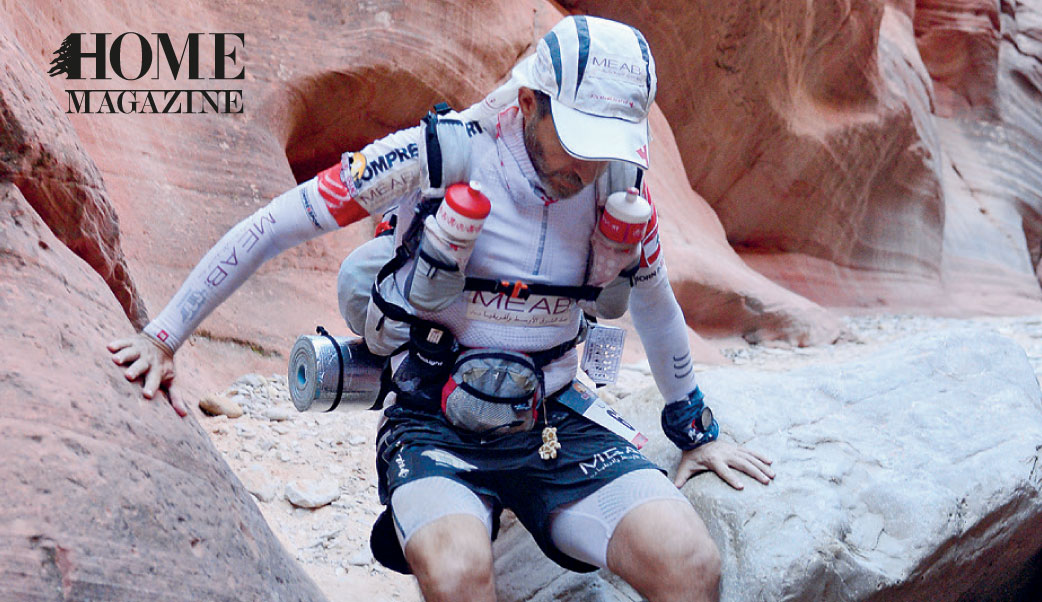 Running for others is a passion that Ali Kedami has developed over the years. His strong relationship with his daughter has helped him to overcome obstacles and pursue his endeavors to help others.

Ali and Saria, Saria and Ali… a father/ daughter relationship that is made of steel – just like their characters, just like his love for artistic metalwork and his passion for running for others.

Ali Kedami was born in 1962 and raised in Ivory Coast by Lebanese parents.

He was never a born athlete; he only played soccer during his childhood, just like most boys. He studied math and found himself passionate for artistic metalwork. At the age of 33, Ali married Lina and moved to Lebanon. Strengthened by his experience in metalwork, Kedami opened his own workshop and began a career providing security for houses. This included building armored doors and safe deposit boxes, and basically providing safe environments wherever required.

Ali’s life was turned upside down after the birth of his daughter Saria in 2000. After a long wait of nine years to become  parents, Ali and his wife learned that their seven month old child had been diagnosed with a mild physical handicap with risks of complications. After endless sleepless nights and doctors’ visits, and countless physiotherapy and rehabilitation sessions, Saria got stronger, and she is now a healthy and determined 17-year-old who attends a special school and is her dad’s most loyal fan.

“My destiny is God’s will and I will accept what He gives me as a gift.”

A few years ago, while out one morning, Ali encountered many posters advertising the Beirut Marathon: he saw this as a personal message and decided to enroll himself.

From the age of 46, and for the next five years, Ali dedicated his Beirut Marathon runs to his daughter, who awaited him at every finish line. They soon became a team in which he describes her as being the drive and the mental force, while he is the legs that will help her get through her pains and aches.

In 2007, Saria ran her first kilometer. The next year, Ali became a professional runner and started a series of marathons that would take him all around the globe to countries such as Chile, Egypt, Turkey, Australia, and many more. As much as geographically possible, Saria and her smile are supporting him along the way and at all the finish lines.

Running: a mix of hidden passion with a purpose

Today, Ali is a professional running coach, training non-professionals to attain their best and believe in themselves physically and mentally as they participate in marathons. Ali truly believes that his exceptional running ability (he even participated in two-day and three-day runs for Sanad, see below) is a gift which he should use to help others in need.

Some of Ali’s Major Runs