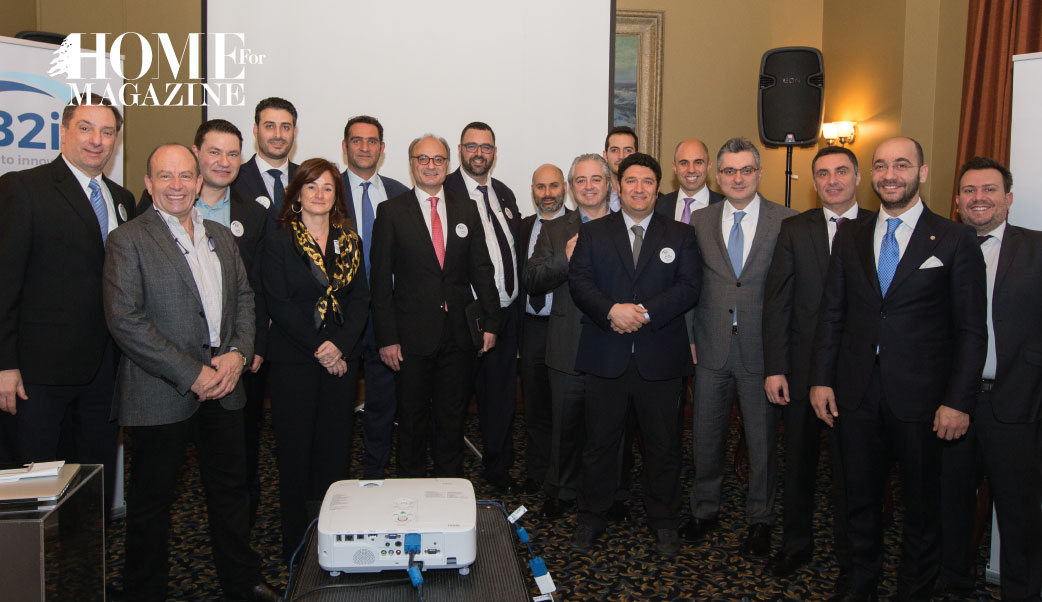 A new initiative was launched to incite partnerships between Canadian and Lebanese businesses.

There is approximately 8,685 Km between Beirut and Montreal. It was somehow abolished on March 9, 2016. As if by a magic wand this distance was metaphorically, if not physically, removed by determination and commitment, which have fostered fertile links between the native country and the new homeland.

Under the roof of the Montreal city hall, Berytech (Lebanon) signed a Memorandum of Understanding for the Bridge to Innovation (B2i) Program with the Lebanese-Canadian Information Technology Association in Montreal. Berytech has partnered with the Lebanese-Canadian Information Technology Association to help spark teamwork between businesses in IT, innovation and new media sectors. Berytech is a leading organization in the entrepreneurial ecosystem in Lebanon offering a vibrant environment for entrepreneurs to create and develop startups and small to medium enterprizes (SMEs).

“Bridge to Innovation’’ is an initiative launched by The Lebanese-Canadian Information Technology Association back in June 2015 under the patronage of the Lebanese Minister of Foreign Affairs and in collaboration with Mr. Fadi Ziadeh, the Consul General of Lebanon in Montreal. The purpose is to incite partnerships between Canadian and Lebanese businesses through the transfer of knowledge and technology. The Canadian-based association has been active since 2008 with its activities ranging from networking, integration to coaching and mentoring.

‘’The consulate general of Lebanon in collaboration with B2I, aims to promote Lebanon as a digital hub and help Lebanese and Canadian entities engage with each other in view of potential future cooperation. The interaction expected from this event here in Montreal will act as a catalyst to this objective by bringing people together and offering the chance of direct contact and eventual engagement,’’ declared Mr. Fadi Ziadeh, Consul General of Lebanon in Montreal in his opening speech. The Berytech delegation of 11 Lebanese entrepreneurs participated, during their stay, in a series of networking activities. They visited a high tech data center in Montreal and the “Centre d’entreprises et d’innovation de Montréal”. Canadian and Lebanese startups discussed upcoming opportunities and market needs in view of future collaborations. The Lebanese group was also hosted by the Canadian Lebanese Chamber of Commerce & Industry – Ottawa Section in Montreal.

On March 9, as the guests savoured Lebanese wine and Canadian cheese, Montreal city hall buzzed with potential partnerships on virtual and non-virtual projects. Powerful synergies were in motion between both Lebanese groups; a series of possibilities were explored with tremendous excitement and sincerity.

With Montreal being a “smart” city as stated by Harout Chitilian, Vice President of the City’s Executive Committee responsible for information technologies, and Beirut being a niche for talent, innovative collaborations should kick off very soon.

Anyone can build a structure. Nonetheless, when this structure has a soul nurtured by the roots of belonging to Lebanon, the bridge will undoubtedly become a rocket.

Courtesy of the Consulate General of Lebanon in Montreal

“Lebanon occupies the fifth place worldwide for quality of math and sciences education.”